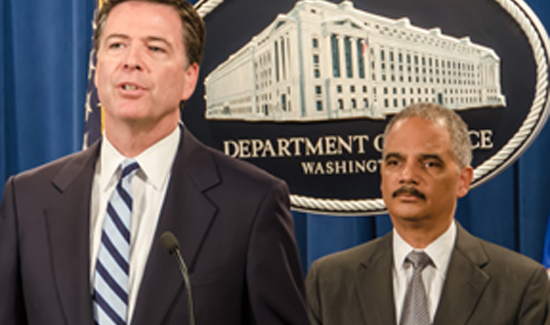 FBI Director James Comey says no one in a position of power, especially in the US government (you know… like the director of the Federal Bureau of Investigation) should ever be trusted.

“I believe that Americans should be deeply skeptical of government power — you cannot trust people in power,’’ the director said on CBS’s “60 Minutes.’’

“The Founders knew that,’’ Comey said. “That’s why they divided power among three branches, to set interest against interest.”

The FBI chief then implied that law enforcement is now crippled in the war on crime because of Apple and Google’s increased privacy features.

“The notion that we would market devices that would allow someone to place themselves beyond the law troubles me a lot,’’ Comey said. “My sense is that we’ve gone too far when we’ve gone there.”

The last sentence is perhaps the best bit- the head of the FBI saying they get warrants for surveillance that will now be useless because of increased privacy features on smart phones. Amazing.