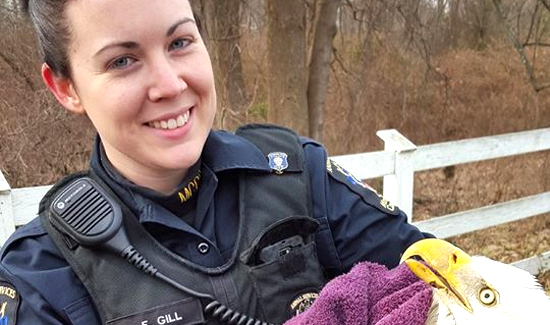 An animal control officer in Maryland rescued an eagle that was injured so badly it was unable to fly, according to the Montgomery County Police Department.

The adult female eagle was likely feeding on a carcass in Potomac when she was startled and subsequently hit by an oncoming car, said Suzanne Shoemaker, founder of the Owl Moon Raptor Center, a non-profit rehabilitation facility for birds of prey.

“They don’t fly off until the last second sometimes, and then they get hit,” Shoemaker told ABC News today. “They don’t even see [a car] coming until it’s close.”