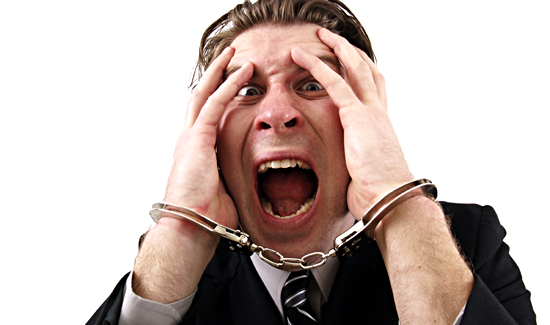 While most people picture Osama Bin Laden or some super-scary gang member covered in prison tattoos, the truth is that bad guys come in all shapes, sizes, and walks of life.

There are as many bad guys, proportionately speaking, among the wealthy as there are among the poor.

The problem is that the rich bad guys can usually stuff enough cash into enough envelopes (or get their daddies, who are juiced in with the state attorney general) and hand them out to the right people so they don’t get investigated or charged, let alone arrested or prosecuted.

But is a guy who sticks a gun in the face of a cashier and demands the contents of the cash register really all that different than some scumbag who revels in having the parents of sick kids over a barrel while he gouges them for every last penny?

Human weasel Martin Shkreli is the pharmaceutical company CEO who became infamous after hiking the price of an HIV drug by 5,000 percent.

He’s now been arrested by the FBI on securities fraud charges based on allegations that he looted his own company.

Now, with the lawyers that hedge fund managers and big pharma hustlers can afford, the odds that this sorry ass excuse for a human being will do any time is a longshot. If 2008 taught us anything, it’s that white collar criminals don’t do time because they’re above the law.

But the idea that this punk kid got perp walked out of his luxury condo in Midtown Manhattan as horrified neighbors looked on is the best Christmas present we’ll be getting this year (at least some of us).

It’s hard to imagine anything more dangerous and criminal than a man who’s actually proud of the fact that he makes it harder for sick kids to survive.