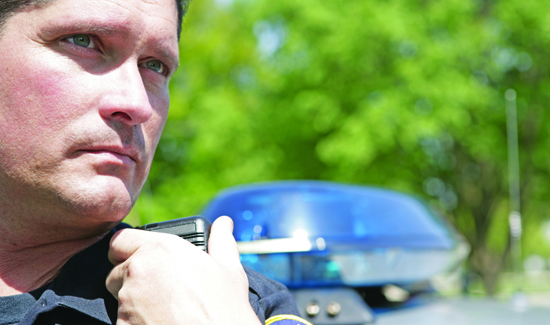 (via USA Today) A barn behind a house in Connecticut exploded Wednesday night while police and a SWAT team were negotiating with a man who had taken his wife hostage, leaving up to eight officers injured, officials said.

The officers were taken to a hospital with non-life-threatening injuries after the explosion around 8:30 p.m., North Haven Deputy Police Chief Jonathan Mulhern said. 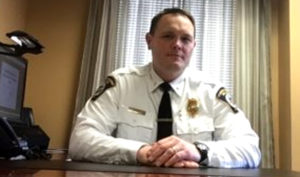 Mulhern (above) would not comment when asked early Thursday if the suspect was in custody.

“This is still an active, ongoing scene,” he said. “This is not a stable scene at this point.”

“This started late this afternoon with what was apparently a very violent domestic call,” Freda told WTIC-TV. The police “were trying to coax him … out of the house and really try to calm the situation down. Then things took a turn for the worse with an explosion.”

Police were heard continuing to try to coax the man out of the house even after the explosion.

“It’s quite surprising,” Freda said. “This is a quiet residential neighborhood. It’s been a very emotional scene.”