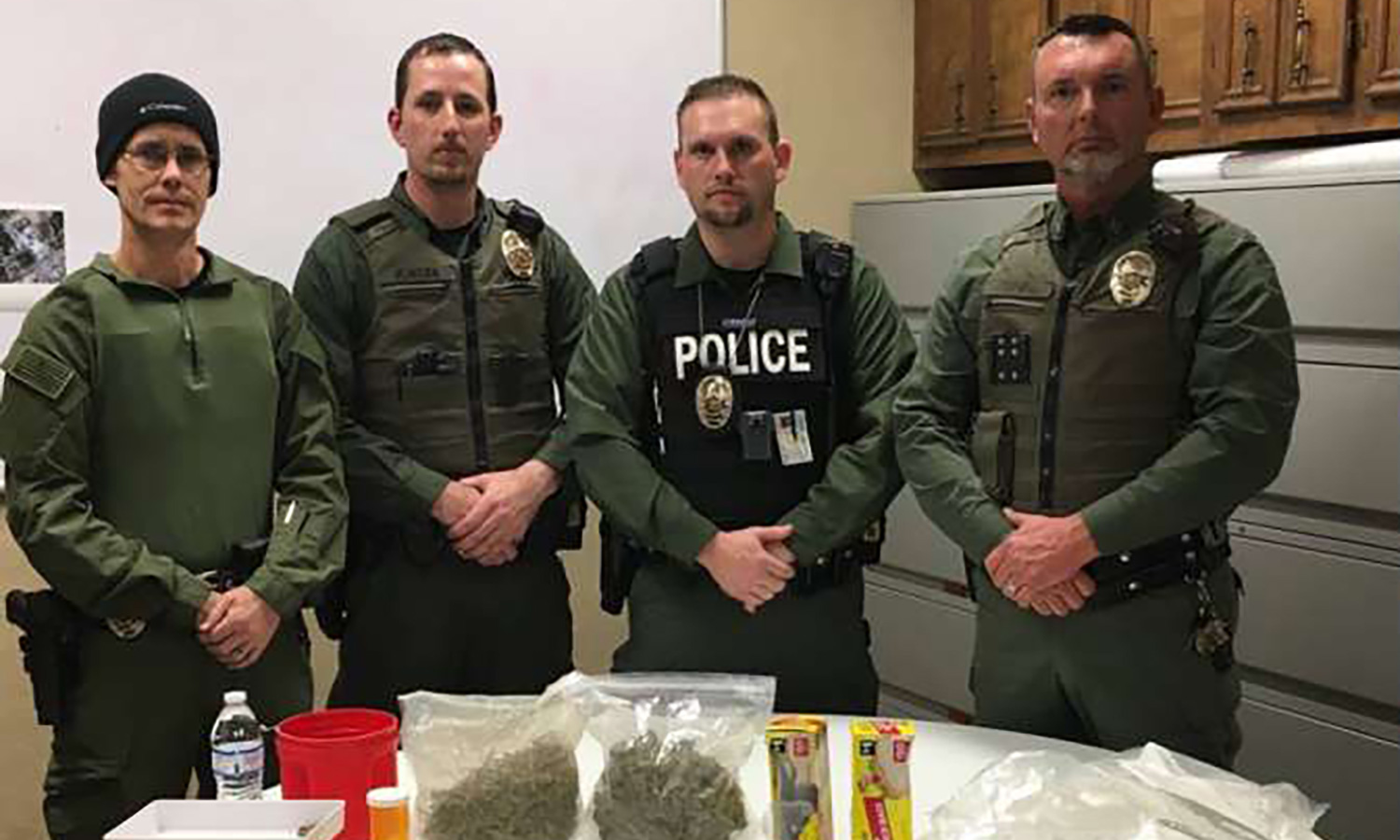 A Texas police department is catching some flak on social media after showing-off what many felt was a meager haul for a publicized drug bust.

Tenaha police officers netted about two pounds of marijuana, prescription pills, handguns and roughly $80 in cash in a drug bust last week. They arrested three people in their 20s on felony-level possession of marijuana charges, according to KTRE-TV.

The story about the arrest was posted on the local broadcast station’s Facebook page, but the photo of the officers posing behind the illicit items absorbed most of the attention.

“Is that drug money or gas money?” said one Facebook commenter, referring to the one dollar bills spread across the table.

Other people poked fun at the fact that police included other legal items in the photo, such as Ziploc bags and an empty pill bottle. One of the bags of marijuana was compared to hay, sticks, hamster’s bedding or Christmas tree trimmings.

“Who was the drug dealer … El Cheapo?” said another person on Facebook.

The story has since gone viral, being shared more than 65,000 times and collection more than 70,000 comments. View the slideshow to see what others said about the photo.