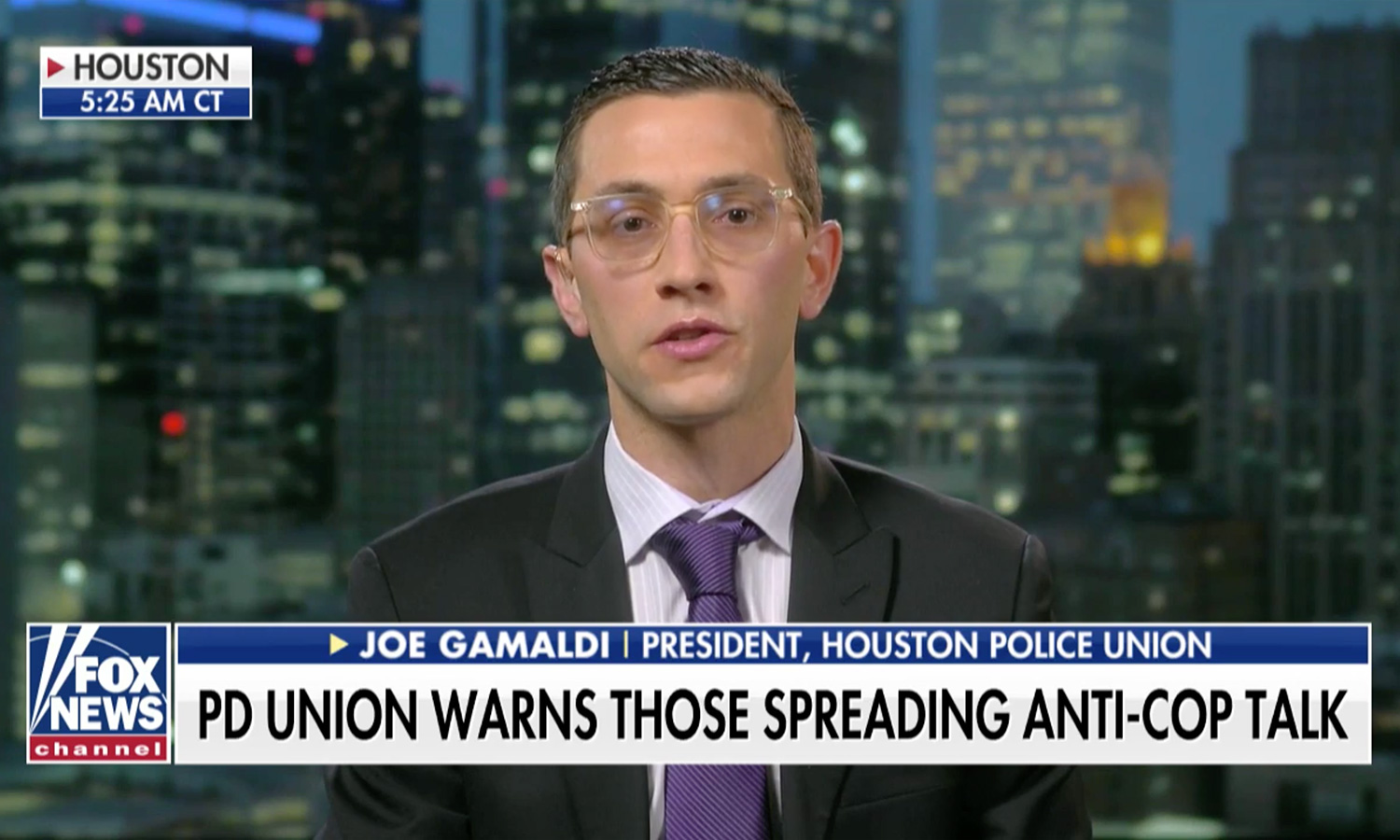 The president of the Houston Police Officers Union called out what he described as an agenda to reduce the legitimacy of law enforcement Wednesday on Fox & Friends.

Gamaldi said at a news conference that officers are “sick and tired of having targets” on their backs, and echoed that sentiment on Wednesday.

“I’m talking to the activists who have severely just made our officers the enemy,” he said. “We’re sick and tired of it, and enough is enough.”

He called on all police union leaders and chiefs across the U.S. to speak up when “harmful narratives” are started against them.

He also said that while holding police officers accountable is a good thing, mainstream media pundits should be held accountable too.

He said the response to his impassioned remarks Monday was “overwhelming” and that he was trying to vocalize the feelings of officers throughout the country.

“If some of these folks got offended by what I said because I asked for accountability … you know what, if the shoe fits, go ahead and wear it,” he said.

“The fact of the matter is we’re doing a great job every single day protecting our communities, and it’s high time we tell the public that.”