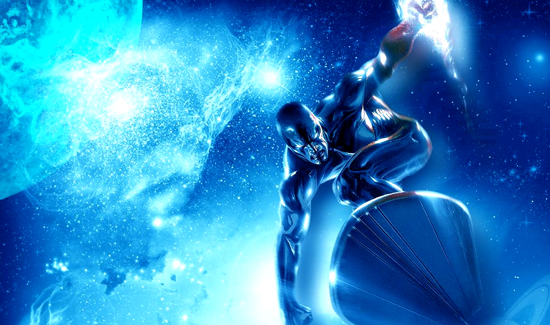 If you’re 50 or older, you probably remember Halloween as a holiday for kids.

Sure, there were always a few oddball grown-ups that liked to dress up, too, but it was mainly about 11-year-old tricker-treaters collecting candy, egging houses, and all the rest.

But if you live in New York, Los Angeles, or other big city, you might have noticed that it’s now the grown-ups that seem to enjoy All Hallows Eve the most.

In New York City, the competition between adults for best costume is intense—especially in Greenwich Village.

Sadly, for the folks that blew a couple grand and untold hours on their sexy vampire outfits, it looks like some guy dressed up as the Silver Surfer (from the “Fantastic Four” comics and films) has already taken the prize.

It’s not east to turn heads in New York City, a place where you’re likely to see something truly bizarre every day.

But this guy made quite the impression.