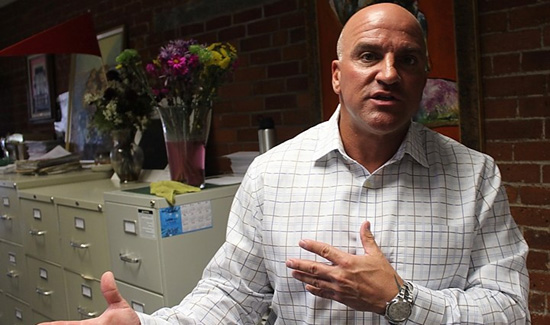 Via the New Haven Independent:

A former top New Haven, CT, cop who watched “politics” “corrupt” the police department a decade ago warns that those conditions may be returning, based on three new controversies.

He cited three new developments as the basis for his concern:

• A state human rights agency staff investigator’s finding that officials bowed to pressure from an East Shore alder to reassign a Latino district manager with an unblemished record.

• A move by the Board of Alders to assume control of some day-to-day decisions at the police department.

Velleca, a retired assistant police chief who also served as a stint as acting chief, said this reminds him of the environment at 1 Union Ave. in the early-to-mid-2000s, when political pressure from both inside and outside the department led to decisions that weren’t based on merit or public safety. He argued that “rampant politics” back then set the stage for a federal raid of New Haven narcotics officers who were on the take. Velleca was tasked with rebuilding the narcotics and intelligence unit following that federal investigation.

“Why did we even need the reform era?” asked Velleca, WNHH’s resident policing expert. “Because the political era got so out of control with picking whoever they wanted. What happened? Rampant corruption. We’re pushing right back to the political era.”

Velleca said he saw internal department politics at play in the decision by Chief Anthony Campbell to skip over Sgt. Rose Dell for promotion this Friday night to lieutenant. Dell scored number three out of more than 30 people who passed the civil service test for the position; 13 lieutenants, 11 of whom scored below here, have been approved for promotion.

“I would have promoted her,” said Velleca, who said he respected Dell’s work over the years.

Dell’s attorney, former police Commissioner Jonathan Einhorn, charged that the denial of the promotion stemmed from retaliation from cops who dislike her because she has diligently investigated internal affairs cases.

Chief Campbell told the Independent that he made the decision because Dell is currently the subject of an internal investigation. Campbell, who just became chief, said he was following his predecessors’ practice of not promoting people who have pending internal investigations against them.