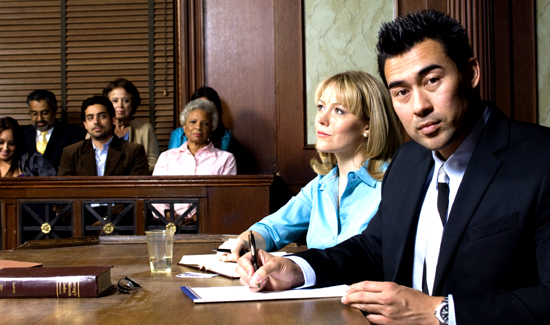 The first is when cops feel the need to rant online and how that can hurt their careers and their agencies should the content in question rise to the level of “conduct unbecoming.”

The second issue has to do with cops as people as well as officers. Law enforcement officers, like any other Facebook users, should be aware of the fact that everything they post is admissible in a court of law.

And anything a Facebook user posts can be used against them in court by an ex-spouse, someone whose car you might have damaged, or even the government itself. Facebook content is now part and parcel of most court proceedings. “We almost don’t see cases anymore without Facebook,” criminal defense lawyer Stanton Levenson said.

Frequently, according to Levenson, people charged with crimes “aren’t the least bit careful” about what they put online. “They think that nothing is going to get back to them, and that we have privacy in this country.”

While it’s true that some people didn’t get the memo that we traded our privacy for “security,” most folks still don’t realize the scope of our surveillance society. For instance, prosecutors can use Facebook content even if it isn’t related to criminal activity.

According to the Pittsburgh Post Gazette, just last year, a client of Mr. Levenson’s was on the stand while a federal prosecutor read derisive Facebook comments he had made about his girlfriend, a fellow accused drug dealer. “I love her as a friend but — did you look at any pics of her?” read one post used in court. “He was professing to love this girl, but then he’s talking behind her back,” Mr. Levenson said.

“It couldn’t have had a good effect on the jury.” Social media is a gold mine as far as collecting evidence to be used against those charged with offenses.

There’s even a Facebook page to handle information requests from law enforcement. So whether it’s a divorce proceeding or a case related to insurance fraud, people still seem largely unaware of the fact that whatever they posted is admissible.

In 2013, Cyrus R. Vance Jr., the district attorney for New York City’s borough of Manhattan, demanded lots of content — ranging from photos to private messages — from 381 Facebook accounts. Facebook handed it over and the government also obtained a gag order that barred Facebook from telling customers about the search warrant.

The warrant was part of an investigation that led to 134 public employees being charged with faking disability claims. Some had posted online photos of themselves engaged in activities like karate and water sports while claiming to be disabled.