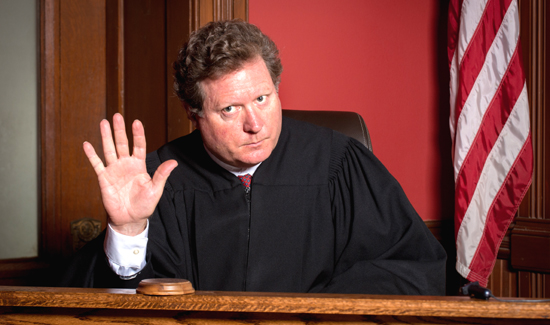 In Cleveland, a man charged with a felony for making a parody version of the Parma Police Department Facebook page was found not guilty—quickly. Anthony Novak, who faced felony charges, walked out of court a free man after just one day of testimony.

“Today I feel totally relieved,” Novak told reporters with Cleveland.com. “I didn’t realize how much stress this was creating in my life until it was over. I was pretty much nervous for five months.” The jury unanimously found that Novak didn’t violate the state’s disrupting public services law.

Prosecutors argued that the fake Facebook page was a threat to public safety because people who saw the page became confused and tied up 9-1-1 dispatchers with calls. Now Novak’s suing the Police Department and Cuyahoga County Prosecutor’s Office.

“I absolutely want them to pay for this,” Novak said. “The whole ordeal was absolutely ridiculous. They shouldn’t be allowed to get away with something like this.” At the trial, dispatchers testified that the Department’s call center received 10 calls about the Facebook page in a 12-hour period between the page going up and being taken down. In the “about” section, of the fake page, Novak replaced the slogan, “We know crime” with, “We no crime.”

He copied a job posting on the page and rewrote a section to say, “minorities are strongly encouraged not to apply.” A few days after he created the page, local police arrested Novak at a corner store in Parma. He was charged with disrupting public service, a fourth-degree felony. He spent three days in county jail and police seized his electronic devices, including a laptop and two video game consoles belonging to both him and his roommate.

But the case was weak. Defense Attorney Gary Vick said there was a problem with the county’s line of reasoning with respect to the department’s assertion that the post distracted emergency resources. “They claimed that those calls disrupted their dispatch function even though the function of dispatch is to take calls and deal with the public,” Vick said.