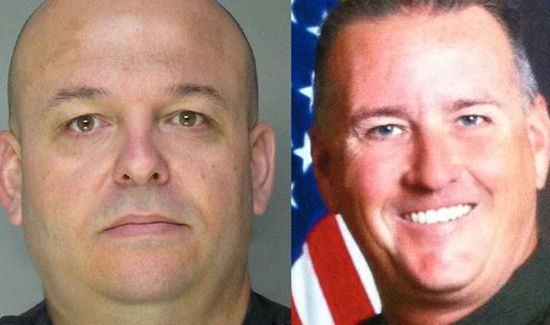 Two Sheriff’s Deputies from neighboring counties in California were brutally shot down this weekend when one Marcelo Marquez, 34, of Salt Lake City went on a crime spree involving several car heists and gun battles with the police. At this time it is unclear what initially set him off or if he had any motive whatsoever.

He was apprehended alive and brought into custody along with a female companion.

“I think there’s those people who would say, ‘Well, you know what? I wish you had killed him,’” Placer County Sheriff Edward Bonner said. “Nah. That’s not who we are. We are not him. We did our job. I’m incredibly proud of the men and women who go out there every day and put their life on the line.”

To add tragedy upon tragedy, one of the fallen officers, Deputy Michael David Davis Jr. of Placer County, was killed on the very same date his father died in the line of duty- 26 years later.

Marquez’s afternoon of destruction all began when he shot Sacramento Deputy Danny Oliver at point blank range in the head as he approached Marquez’s parked car. By the end of his rampage he had carjacked several vehicles and shot 3 police officers and a civilian.