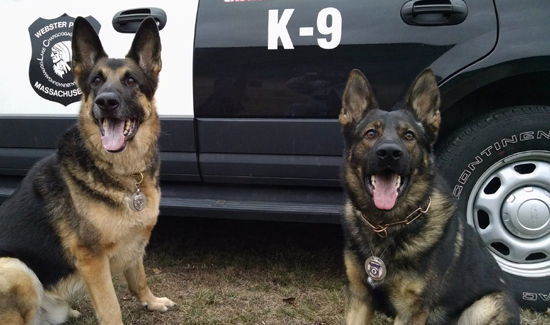 It’s National Police Week in Washington, DC, and as tens of thousands gather to honor the lives of federal, state, and local law enforcement officers who were killed in the line of duty, K9 officers who lost their lives on the job are also being remembered for their service and sacrifice.

Lieutenant Chad Reyes, a K9 handler, and member of the Unified Police Dept of Greater Salt Lake, explained why this event is so important to him.

“I’m out here to honor my partner who laid down his life for me so that I could go home to my kids. My most recent dog’s name was Dingo. He was a Belgian Malinois… we were partned for about five years together.

After a short vehicle pursuit, he jumped out of the car and ran on foot– and Dingo obviously being a lot faster than I am, caught up to him before I could. The suspect pulled out a gun and shot and killed Dingo.

There’s no similar bond you have to the one you have with a police dog. You become symbiotic beings, you meld into one being, you can read each other’s minds without even a spoken word.