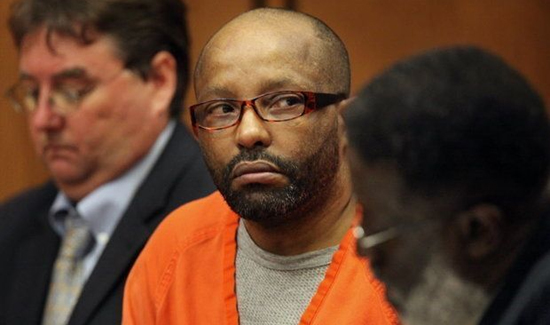 CLEVELAND, Ohio — An Ohio appeals court ruled that the families of Cleveland serial strangler Anthony Sowell’s victims can sue the Cleveland police detective who they say failed to properly investigate a 2008 sexual assault report against Sowell.

A three-judge panel at the Eighth District Court of Appeals on Thursday reversed a portion of a Cuyahoga County judge’s dismissal of a lawsuit filed against a Cleveland police sex crimes detective, her supervisors and a city prosecutor.

The court, in an opinion written by Judge Sean Gallagher, upheld the dismissal against the supervisors and the prosecutor, but allowed the family members to pursue a lawsuit against former detective Georgia Hussein.

“This is a major victory,” Terry Gilbert, whose law firm is representing family members of six of Sowell’s victims, said. “This decision sends a message to detectives that they have to in good faith work a case.”

Sowell was convicted in 2011 of murder and sentenced to death. His case is currently in the appeals process.

The suit involves a Dec. 8, 2008 report from Gladys Wade, who ran up to a police car and told them that Sowell had just attacked and raped her. Patrol officers tracked down Sowell and arrested him as they investigated, finding footprints, broken glass and droplets of blood in the yard outside of his apartment.

The case was assigned to Hussein, who admitted in a sworn statement that she failed to review evidence collected by patrol officers, including photos of Wade’s injuries and her clothing collected from the crime scene, before she took the case to assistant city prosecutor Lorraine Coyne. Coyne determined there was not enough evidence to file charges and released Sowell two days after his arrest.

Hussein also knew that Sowell was a registered sex offender, but did not tell Coyne.

Eleven months later, in October 2009, investigators discovered the bodies of 11 women inside Sowell’s Imperial Avenue apartment after receiving a report from a neighbor who saw a woman fall from a window.