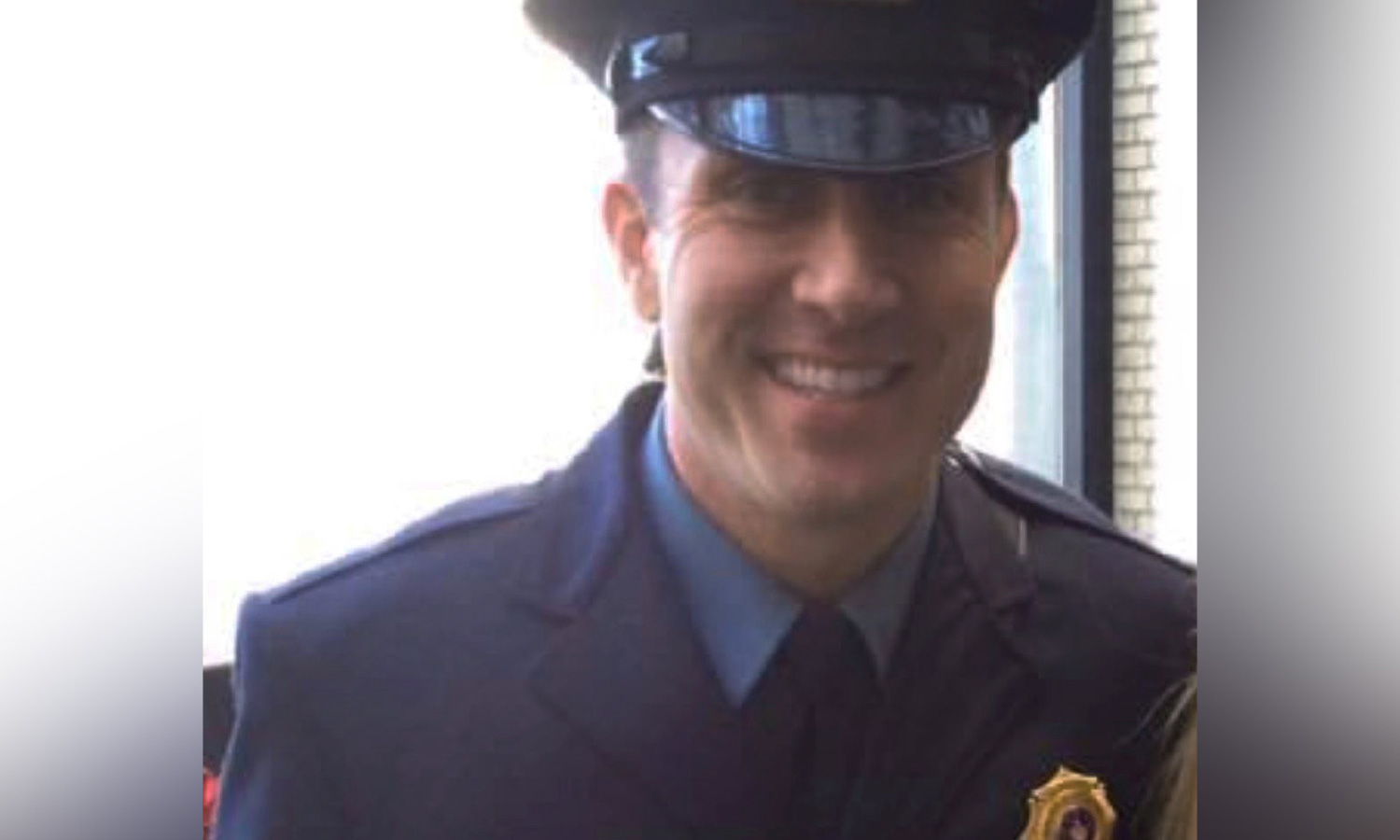 It was not his funeral. It was a show of unity and respect, and his father, Daniel Pagnotta Jr., wants all the participants to know it meant so much for the family to see the three public safety services come together.

“It had a huge impact on my grandchildren, on his sisters, and myself,” the elder Pagnotta, a retired Trenton police captain, said Monday night.

“I can’t thank them enough,” he said. “It was breathtaking.”

His son, a 21-year Trenton police officer and sergeant that past four, was found dead last week; he apparently took his own life.

The younger Pagnotta’s death was an obvious shock to the family, Pagnotta Jr. said, and he’s been lifted by the support of the Mercer County community, not just Monday, but from voluminous Facebook messages, to local businesses providing items for his son’s two children, a daughter and son.

And the Trenton Police Department, Pagnotta Jr. said, has, “from top to bottom,” honored his son by supporting their family.

“I would only hope that in today’s world, that this would get people and law enforcement together on the same page, so that something good comes from this,” Pagnotta said. His hope is that his son’s death would “open someone’s eyes,” even if just one person.

Pagnotta III worked the streets of Trenton for many years of his career in proactive units targeting drugs and gangs and violent crimes. In the past few years, after his promotion, he supervised patrol officers.

In his private life, soccer was a constant, from high school in Hamilton and college at St. Andrew’s University in Laurinburg, North Carolina, to local men’s indoor leagues. He traveled to Spain in 2013 to compete with the NJ Blue Soccer Team in 2013, and coached his daughter’s youth team – the Hopewell Valley Dust Devils.

“Affectionately known as Danny by close family members and friends, his infectious smile and laughter paired with his incomparable sense of humor and quick wit captivated any room he entered,” his obituary reads.

Daniel Pagnotta III will be laid to rest Wed. Aug. 5 following a 12:30 p.m. service at at Our Lady of Good Counsel Church, 137 West Upper Ferry Rd. in Ewing. The family will receive friends and loved ones from 9:30 to 12:30 p.m. at the church that morning.

In lieu of flowers, memorial contributions may be made in Pagnotta’s name for support of his children to the Trenton PBA 11, PO Box 33262, Trenton NJ, 08609.