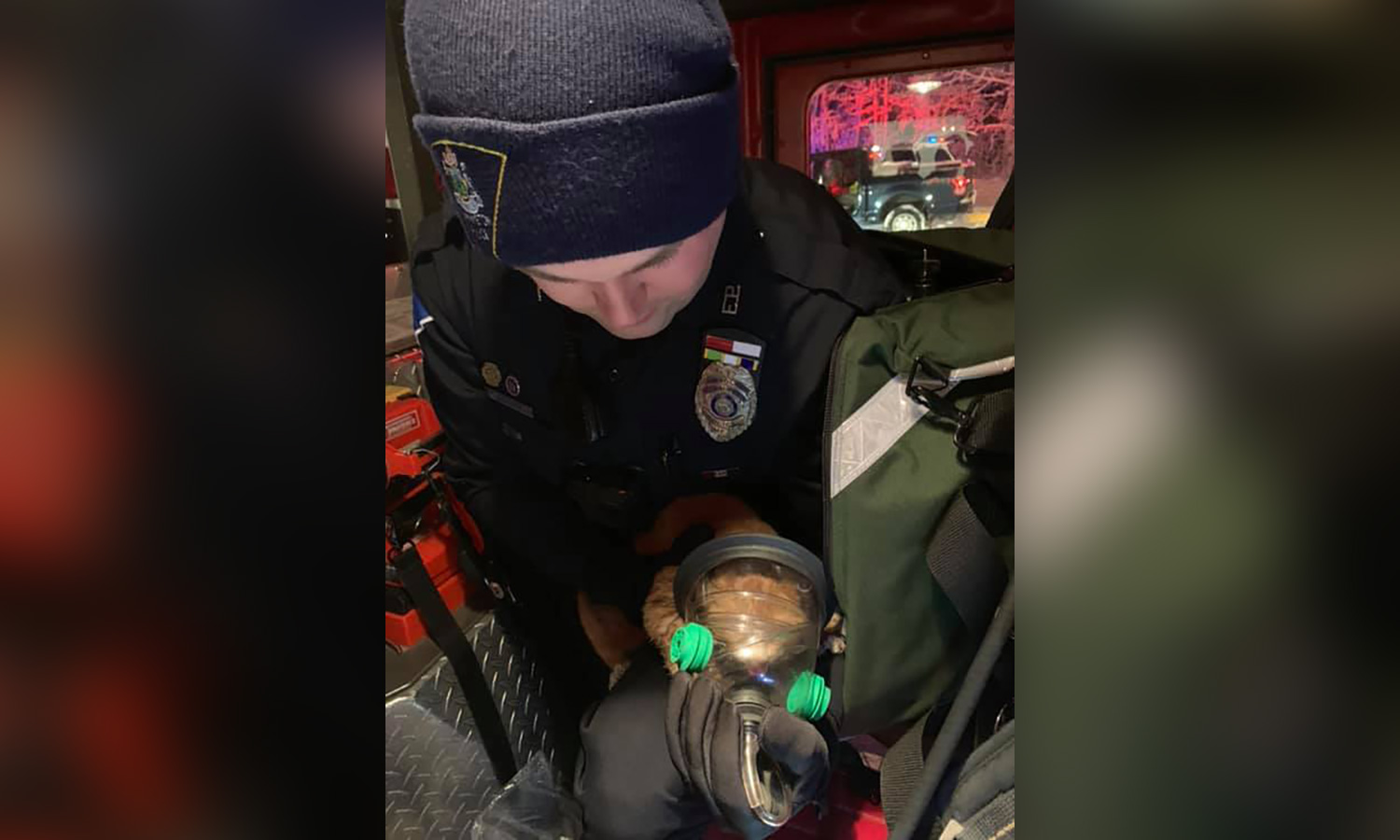 No humans were injured and the cat, suffering from smoke inhalation, is expected to make a full recovery.

A pair of police officers are credited with saving a pet cat Wednesday night at a blaze on Davis Road that burned a family of three out of their home.

The 6 p.m. fire at 382 Davis Road was confined to a bedroom, fire officials said, but when crews entered the upper floors of the home, they found the family cat suffering from smoke inhalation.

“It wasn’t in good shape when the firemen found it,” Farmington Fire Chief Terry Bell said. “They brought it down and handed it off to the officers.”

The officers, Brandon Sholan and Jesse Clement, rushed to a firetruck and grabbed a mask specifically designed for treating small animals. In the beginning, it didn’t look good for the family cat.

While fire crews battled the blaze, Sholan and Clement used the small mask to treat the suffering cat.

“After about five minutes of oxygen, it came around,” Clement said.

The officers handed the animal off to its grateful owner, a young girl who lives in the home with her mother and grandmother.

The name of the family was not immediately available.

The cause of the fire was not known Wednesday night. Chief Bell said the second-floor bedroom sustained fire damage while other parts of the house were damaged by smoke and water.

The house is repairable, Bell said, but the family will not be able to return to it right away. Later Wednesday night, the American Red Cross had stepped in to assist the family.

Meanwhile, the heroism of the Farmington police officers was going viral on social media. On the Farmington Police Facebook page, a photo of the rescue was shared by 70 people and had garnered two dozen comments less than an hour after it was posted.

Clement said it was the first time he has treated a cat.