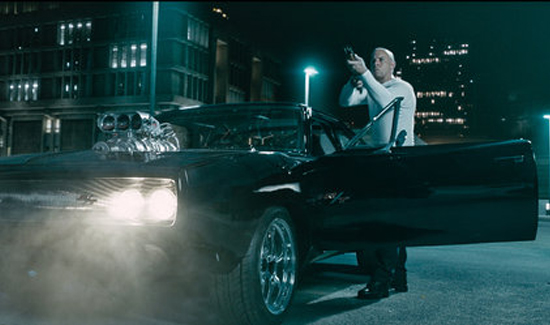 Fasten your seatbelts—”The Fast and the Furious” is back for another wild ride at the multiplex!

That’s right: Vin Diesel, Michelle Rodriguez, Dwayne “The Rock” Johnson, and the late Paul Walker all put the pedal to the metal in “Furious 7,” the seventh (duh) installment in the hugely popular action-flick series.

So, is it any good? Does it really matter? We’ve already fired up Fandango to snag our tickets.

Anyway, here’s a bit of what The New York Times had to say: “Viewers of ‘Furious 7’ will experience a melancholy, earthward tug whenever Mr. Walker, who died in 2013, appears on screen. Filming was not complete when he died in a car accident, and his brothers, Cody and Caleb, and another actor, John Brotherton, filled in during some scenes. Mr. Wan also relied on his special-effects experience to finish the movie without Mr. Walker. The final moments, when Mr. Walker’s longtime colleagues say their farewells while he still appears to be on screen with them, are both awkward and moving. They remind you what these movies have always been about, underneath all the noise and the bravado: the ferocity of friendship and the terrible speed of loss.”

Thanks for the deep analysis, NYT. We’ll think about that when we’re shoveling popcorn into our mouth and watching the most awesomely ridiculous drag racing scenes we’ll probably ever see.

So, who’s joining us?