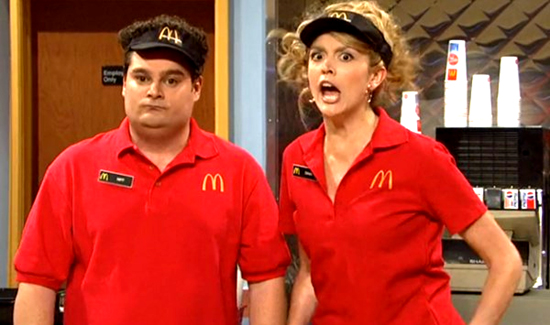 It seems as if denying service to law enforcement officers is becoming a bit of a trend in the fast food industry.

A McDonald’s employee was fired this week after refusing to serve a police officer. KHOU was the first to report the incident, which occurred at a location in Brenham, Texas.

The off duty police officer was with his family at the time. When a second employee saw what was going on, the worker interfered and served the officer.

When McDonald’s became aware of the incident, the first employee was promptly terminated. In a statement posted to Facebook, the Brenham Police Department stressed that this was “the exception rather than the rule.”

“We’re not judging McDonald’s and their employees based on the action of this one worker,” Police Chief Craig Goodman told KHOU.

“Just like we ask the community and the country to not judge our police officers because other officers make bad decisions.”

So when that McDonalds gets robbed, do they call Black Lives Matter? There might only be a small response team from BLM. Felons can’t carry guns.