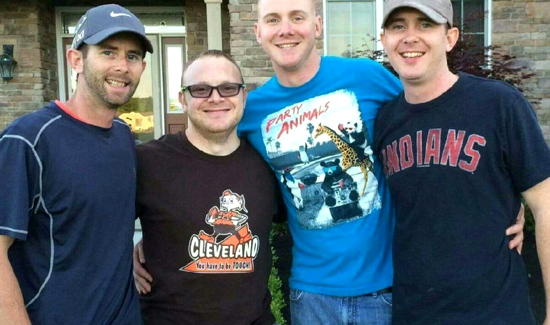 Via The Plain Dealer:

The father of the Cleveland police officer killed Tuesday in a hit-and-run on Interstate 90 died similar crash in 1978 on the Shoreway in downtown Cleveland.

The community has only just begun to mourn the loss of Patrolman David Fahey Jr., who was killed early Tuesday while securing the scene around a fatal traffic crash.

It was not the family’s first roadside tragedy.

David Fahey Sr. was only 21 when he stopped to help a stranded a fellow Sifco Industries co-worker with a flat tire on the East 9th Street exit nearly 40 years ago, according to Plain Dealer archives.

Fahey and the co-worker, Steve Kovach, both left work about 11:20 p.m. that night.

Fahey was driving next to Kovach and motioned to him to pull over after noticing the flat tire. Both men got out of their cars and Fahey started helping Kovach change the tire, according to Plain Dealer archives.

Fahey and Kovach did not know each other well. Kovach told the Plain Dealer that he didn’t know Fahey’s name.

Fahey stood next to Kovach’s car when another car driven by a woman slammed into Kovach’s car. The woman initially stopped and asked if everyone was okay.

A bystander told her that she hit two men. The woman said she was going to move her car to the side of the road, but instead sped up the East 9th Street ramp. Fahey died at St. Vincent Charity Hospital.

David Fahey Jr., 39, worked in the First District about two years. About 6 a.m. on Tuesday, he began setting road flares to divert traffic from a fatal crash on Interstate 90 westbound in Rocky River.

A driver, identified by Cleveland police as Israel Alvarez, 44, hit and killed him. Alvarez sped off westbound on Interstate 90, police said. He was arrested at gunpoint by a SWAT team about six hours later at a home in Lorain.