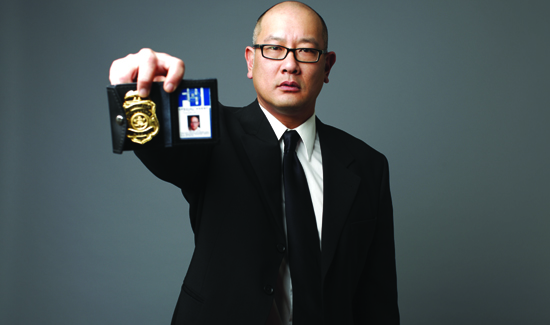 FBI Director James Comey has spent a remarkable amount of time recently pontificating and giving speeches about local law enforcement, the communities they serve and protect, and the changing dynamics in that constantly evolving relationship.

Comey is big believer in the so-called “Ferguson Effect,” which people also refer to as “The YouTube Effect.”

From the New York Times:

“He also made another fairly provocative claim, saying that the recent intense focus on police brutality may have made police officers less aggressive and led to an increase in crime. He seemed to be lending his credibility — and the F.B.I.’s — to the idea that the increased attention on the police has affected officers and emboldened criminals without citing any data to back up his assertion.”

Hopefully, this won’t happen with federal agents as well.

The Washington Post headline is, “FBI agent guilty of assault in an incident caught on cellphone video.”

Is this meant to imply that FBI agents are out of control and may be in need of some kind of 21st century commission on federal law enforcement?

The point is something about the difference between federal and local law enforcement as well as stones and glass houses.