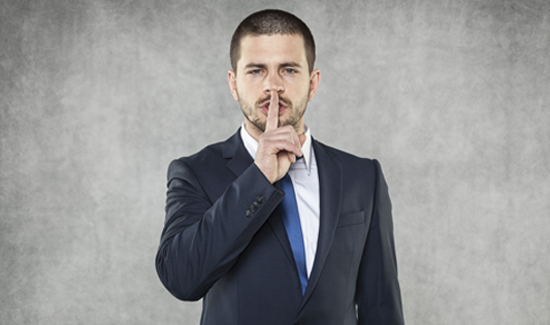 If you work in law enforcement, odds are that you know all about the use of devices by police to capture data from cell phones using what have become known as “fake cell phone towers.”

The public doesn’t know much about it beyond what they read in the newspaper and there’s a reason for that. According to a recent article from the Washington Post, The FBI requires state and local police to keep quiet about the capabilities the controversial surveillance by making them sign non-disclousre agreements.

Common in other industries, non-disclosure agreements make keeping quiet on a specific subject a matter of law and signatories to such agreements can find themselves in court if they spill any beans.

The revelation that the FBI requires such agreements from local law enforcement comes from an FBI document released as the result of a Freedom of Information Act request.

The December 2012 document is heavily redacted.

The correspondence between the FBI and police in Tacoma, Washington indicates that Tacoma police were buying gear produced by Harris Corp., a Florida-based company that makes the StingRay and other IMSI catchers.

Designated as “law enforcement sensitive,” the FBI letter informed the Tacoma police chief that the Federal Communications Commission authorizes the sale of such surveillance equipment to state and local police departments, but only the condition that they first sign an FBI “non-disclosure agreement.”

The details of the agreement are redacted.

The FCC last month began investigating reports of illegal use of IMSI catchers, by foreign intelligence services and criminals that may be using the IMSI in the same way law enforcement does.

E-mails from another Freedom of Information Act request from the ACLU last June revealed that the U.S. Marshals Service had asked police in Florida to not reveal that they had used IMSI catchers to find and catch criminal suspects.

The Marshal’s Service told the police to say that they had learned the whereabouts of suspects using “a confidential source,” as opposed to the new and secretive technology.