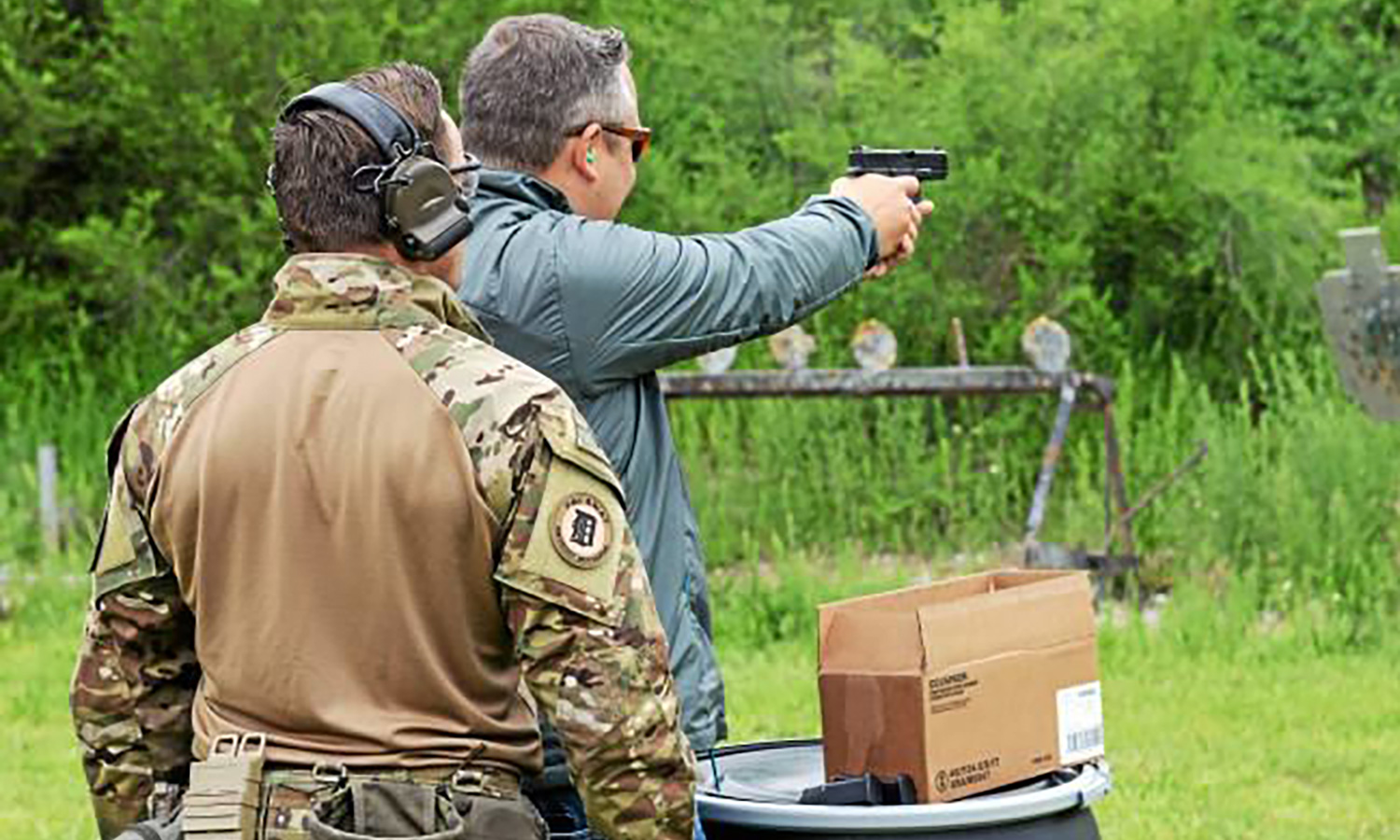 Those who know Jim Combs of Clarkston would say he is an honest man, but the FBI didn’t know who he was.

And still, they agreed.

Not because he’s senior pastor of the River Church, and as such expected to be a man of virtues, but based on his performance during their polygraph test.

“You must be a man of high integrity,” said the FBI special agent examining his results during a demonstration for the FBI Detroit Citizens Academy.

On an overhead screen, academy members could see the graph monitoring the pastor’s reactions to questions.

The lines moved consistently up and down, until he was asked to lie.

Then they spiked, completely off the charts.

“They could tell, there was a desire for truth,” said Combs. “It was amazing.”

The River Church pastor was one of 37 men and women selected to attend the FBI Citizens Academy hosted annually by the Detroit Division, and others around the country. Combs was part of a diverse group that included other business, religious, civic and community leaders, all of whom were nominated by FBI agents or the FBI Citizens Academy Alumni Association. Combs’ nomination came from an FBI agent who attends his church. The enthusiastic and friendly pastor befriended the agent after he was injured in the line of duty, and he recommended the experience.

“He said, ‘I think it would be something that you would enjoy’ and he was right,” Combs said. “I loved it. It showed me that in the grassroots of any organization, there are some amazing people.”