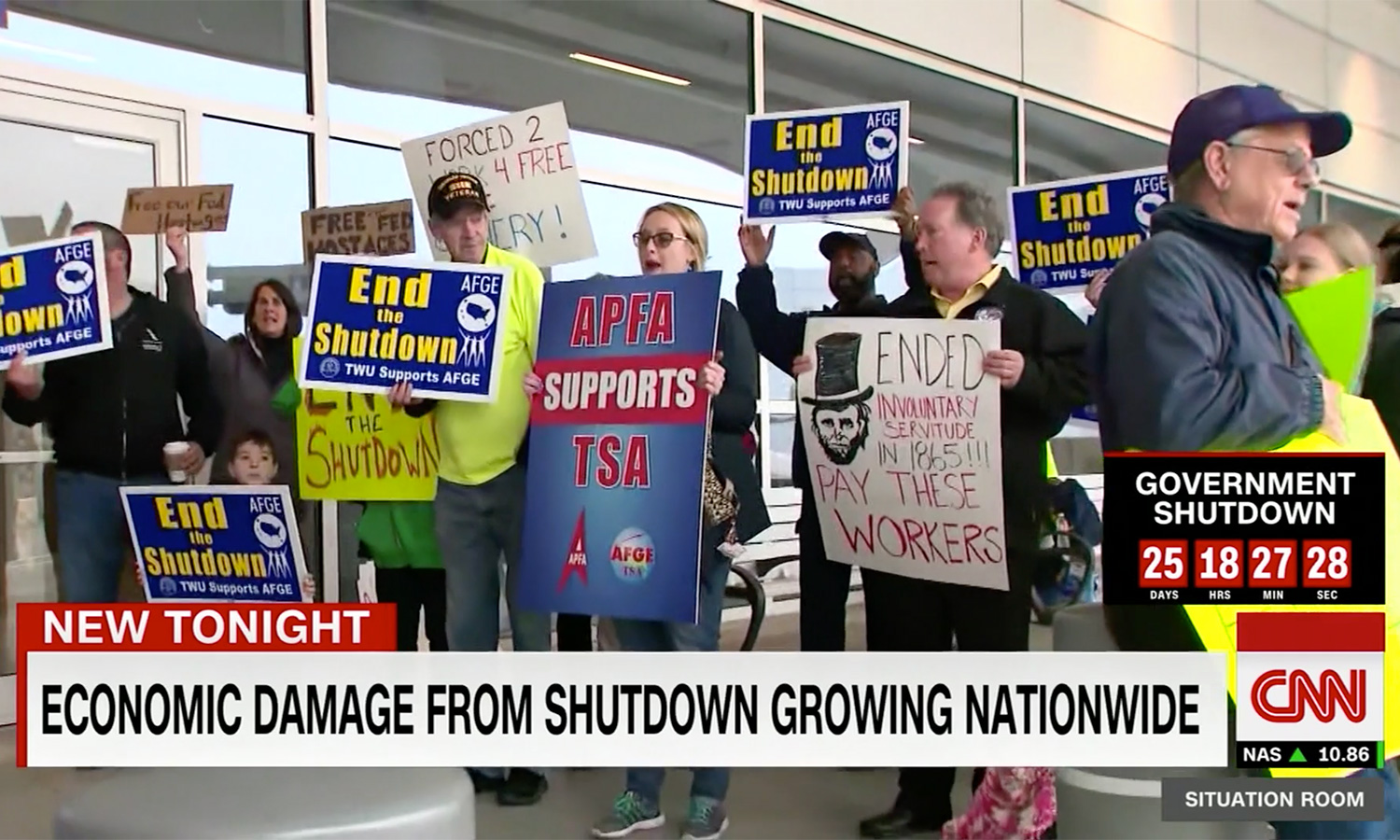 As the government shutdown stretches towards a fifth week, FBI field offices across the country are opening food banks to help support special agents and staff struggling without pay.

In Dallas, Newark, New Jersey, and Washington, the FBI has set up or planned for areas where employees can drop off non-perishable food items for other employees to pick up, according to multiple law enforcement officials.

On the West Coast, at least two FBI field offices are considering establishing food banks as one of a number of ideas to help employees hurting from the shutdown, a law enforcement official said.

“We’re all in this together and we’re banding together to help each other out in any way we can,” said Melinda Urbina, a spokeswoman for the FBI field office in Dallas, where a volunteer employee group set up the food bank now filled with pastas and canned goods in one of the main break rooms.

Some 35,000 FBI employees, including administrative and support staff, missed a paycheck last week as negotiations between President Donald Trump and congressional Democrats over government funding and border security have stalled.

That has left many also searching for outside employment, despite limitations on the type of work employees can do and still keep a security clearance or not violate government employment rules.

Another law enforcement official said that the number of requests for outside employment at one FBI field office has “significantly increased.” All FBI employees must get approval through an established process before they engage in other work.

Law enforcement officials have also warned that FBI investigations are being damaged as operational budgets dwindle.

Pay for informants and surveillance work as well as drug buys in trafficking operations are all endangered as resource shortages restrict the tools available to investigators, according to Tom O’Connor, the president of the FBI Agents Association, which represents most of the bureau’s active duty special agents.

On Wednesday, undercover FBI special agents in Georgia met 21-year-old Hasher Taheb in a parking lot with a trailer filled with inert assault rifles and explosives.

After Taheb, who was later charged by federal prosecutors for a plan to attack the White House and other DC monuments, exchanged his car for the weapons, agents, working without pay, took him under arrest, according to a criminal complaint.