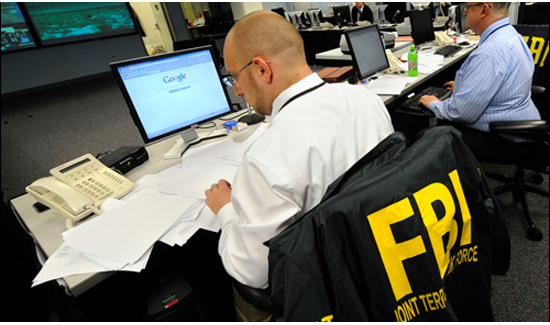 Viewers of Fox News were no doubt put on edge when they heard one of the network’s talking heads, Todd Starnes, report that FBI Director James Comey has it on good authority that there are lone wolf terrorists, jihadists, and other evil-doers laying in wait in all 50 states to reign terror down on America.

“FBI director James Comey delivered some alarming words to law enforcement officers last week in Mississippi,” Starnes said. “There are Islamic radicals living among us—in all 50 states—and there are open FBI cases in every state but Alaska. President Obama once told us he had Al Qaeda on the run, and he’s right—they’re running right across our borders and right smack into our neighborhoods.”

The evidence Starnes relied on was a speech Comey gave to Mississippi-area law enforcement.

“Mississippi is a great state, but like all 50 states, it has troubled souls that might look to find meaning in this sick, misguided way,” Comey told the assembled police officers. “The challenge that we face in law enforcement is that they may be getting exposed to that poison and that training in their basement.”

“They’re sitting there consuming and may emerge from the basement to kill people of any sort, which is the call of ISIL, just kill somebody.”

Comey went on to say that unless the federal government can do whatever it wants in terms of surveillance, the beheadings will commence shortly.

“I’m very worried about where we’re drifting as a country in respect to law enforcement’s ability to, with lawful process, intercept communications.”

But along with the standard hysteria based on absolutely nothing in the way of credible intelligence, Comey also played some oldies but goodies.

The eyes and the ears of the nation must remain vigilant.

“Ordinary folks should listen to the hair on the back of their neck,” Comey continued. “We’ve gone back through every homegrown violent extremist case in the United States and studied it. In every single case, someone saw something online, at a religious institution, in a family setting, at a school, that was weird, that was out of place, this person was acting in a way that didn’t make sense.”

As is always the case when the FBI is at the podium, the message is clear. We should all be terrified and just let the government do what it needs to in order to protect us.