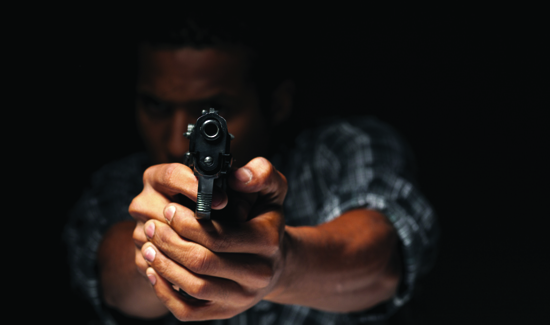 Officer Profiles: The average age of the officers who were feloniously killed was 39 years. The victim officers had served in law enforcement for an average of 13 years at the time of the fatal incidents. All 51 officers were male. Forty-seven of the officers were white, two were black, and two were Asian/Pacific Islander.

Circumstances: Of the 51 officers feloniously killed, 11 were killed while answering disturbance calls, nine were conducting traffic pursuits/stops, seven were ambushed, seven were investigating suspicious persons or circumstances, five were conducting investigative activities (such as surveillances, searches, or interviews), four were killed in arrest situations, four were involved in tactical situations, and three were handling persons with mental illnesses. One officer was killed in an unprovoked attack.

Weapons: Offenders used firearms to kill 46 of the 51 victim officers. Of these 46 officers, 33 were slain with handguns, 10 with rifles, and three with shotguns. Four officers were killed with vehicles used as weapons, and one was killed with personal weapons such as hands, fists, or feet.

Suspects: Law enforcement agencies identified 59 alleged assailants in connection with the felonious line-of-duty deaths. Fifty of the assailants had prior criminal arrests, and 11 of the offenders were under judicial supervision at the time of the felonious incidents.

This report and the total of unfortunate officer deaths this year run counter to the false and persistent “War on Cops” narrative pushed by LE and conservative media. There is no war on cops. Groups like the ACLU, BLM and others want our police departments to be better, to have more accountability, be better trained and to me more effective. Most of all, we want the use of force and particularly, deadly force be the last resort from our officers instead of the first.

Obviously Leonard is unable to read or comprehend the English language. If that doesn’t look like a war on cops I don’t know what is.

Second, blm is a domestic terrorist organization evidenced by their tactics.

Thirdly, it is not the cop that decides to use deadly force. It is a response to the level of threat posed by the suspect.