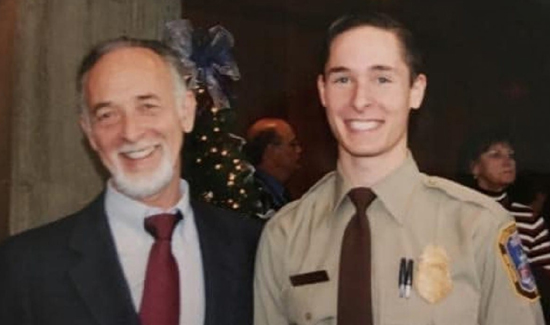 There’s a crazy case out of Washington D.C. where a police officer stands charged with providing material support to terrorist organizations.

But now federal officials say Young is a supporter of groups like ISIS.

According to the Washington Post: “An FBI agent will testify that “he didn’t sleep at nights because [Young] had talked about torturing and killing an FBI agent,” Assistant U.S. Attorney Gordon Kromberg told the judge Tuesday.”

So now it will come down to deciding who’s telling the truth.

It could be Young, who says people might think he’s a total weirdo and he gets that but he’s no terrorist and doesn’t support terror groups. He says the FBI hired an informant to help incrimnate Young but the plan failed to work.

Or the judge might believe the FBI. They say Young is a dangerous terrorist operative who raises funds (gift cards mostly) for some very bad guys and he used to do it in a police uniform.