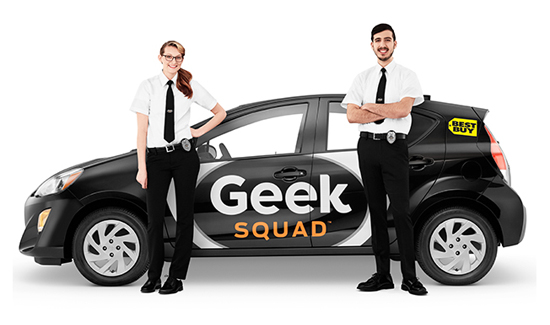 Ed. note: If you read American Police Beat‘s print edition, you might have seen an article or two about the lack of technological proficiency at the FBI when it comes to the digital world. It turns out that not only does the bureau need help from foreign hacking firms to crack the iPhones of mass shooters, it appears the FBI is using Best Buy’s Geek Squad in a law enforcement capacity. Some might say they can use all the help they can get. Others are naturally alarmed that the federal law enforcement agency is so big on outsourcing.

The connection between the FBI and Best Buy’s internal service and repair organization Geek Squad went a lot further than initially thought, according to newly unsealed records in a case involving a doctor charged with child pornography after bringing in a laptop for repair.

The Orange County (California) Weekly has been all over a case involving a well-respected physician Dr. Mark A. Rettenmaier. Rettenmaier took his laptop to the Mission Viejo Best Buy in November 2011 after he was unable to start it.

While performing a recovery scan of his data files, a Geek Squad technician found an image of “a fully nude, white prepubescent female on her hands and knees on a bed, with a brown choker-type collar around her neck.” The technician notified his boss, who alerted the FBI.

The case exposed supposed collusion between Geek Squad and the FBI, including claims that the FBI would pay a $500 reward to the Geek Squad tech who turns in someone for criminal activity such as child pornography. This led to accusations that Geek Squad techs were scanning all of the PCs that came in for repair, which Best Buy denied.

In a new update to the case, the Orange County Weekly says recently unsealed records reveal a much more extensive secret relationship than previously known between the FBI and Geek Squad, including evidence the agency trained company technicians on law-enforcement operational tactics, shared lists of targeted citizens and, to covertly increase surveillance of the public, encouraged searches of computers even when unrelated to a customer’s request for repairs.

To get around the claims of warrantless invasions of private property, Geek Squad technicians are basically told to say they found the incriminating evidence by accident. The government denied it, but more than a dozen summaries of FBI memoranda filed inside Orange County’s Ronald Reagan Federal Courthouse this month in Rettenmaier’s case are said to contradict the official line.

Best Buy continues to deny the claims made by the Orange County Register. In a statement to Network World, a spokesman said the following:

“To be clear, Best Buy and Geek Squad have no relationship with the FBI and never have. We have not been trained by the FBI nor have we ever shared customer lists, conducted surveillance or searched customer computers for them. Our policies prohibit Geek Squad agents from accessing customer content other than what is absolutely necessary to solve the customer’s problem so we can maintain their privacy and keep up with our volume of repairs.

“On occasion, our repair agents inadvertently discover material that may be child pornography. They are not looking for it. But when it is discovered, we have a legal and moral obligation to turn that material over to law enforcement. We are proud of our policy and share it with our customers before we begin any repair.”

And according to the L.A. Times, the tech in question who found the photos has also denied any FBI connection.