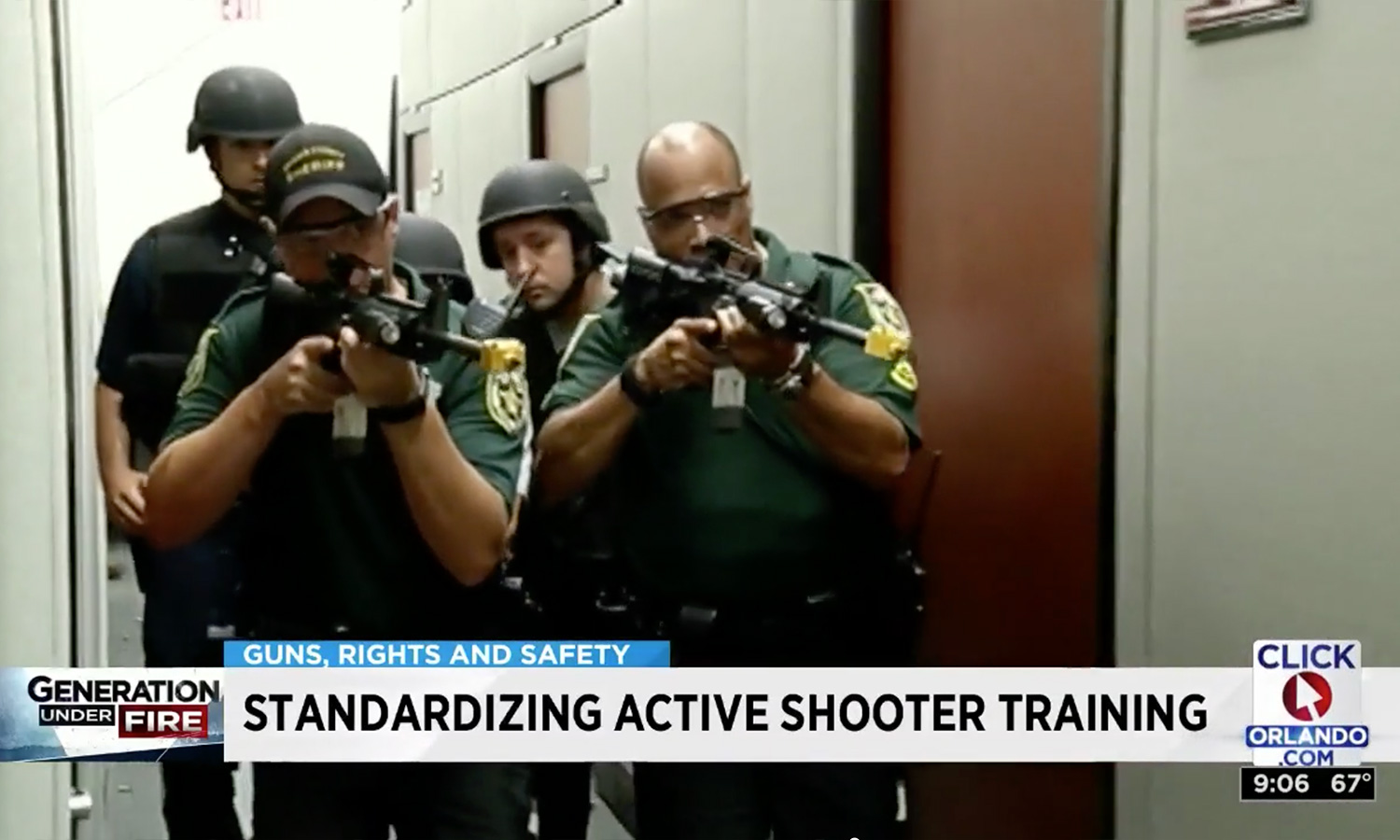 ORLANDO, Fla. – In light of recent active shooter events in Florida and across the nation, the special agent in charge at the Florida Department of Law Enforcement’s Orlando office is planning to offer standardized training to agencies across Central Florida.

FDLE Special Agent in Charge Danny Banks said it is not a matter of if there will be another active shooter, but when.

“We haven’t seen the last one certainly in our nation, probably not even in our state,” Banks said.

Banks said there is currently no state law enforcement standard for responding to active shooter situations. Banks said many agencies conduct their own active shooter training but the problem is the training can be inconsistent.

That’s what the FDLE determined during the Parkland shooting response.

“Theoretically we want all of our police officers, no matter what kind of badge they wear, we want them all trained the same way so that when they respond, they’re all going in as a team, all with the same concept, all with the same training,” he said.

Before Banks leaves his position at FDLE, he is leading the efforts to offer standardized active shooter training to FDLE agents and law enforcement across Central Florida. The goal is to eventually offer the training across the state.

Banks said it is important to make this training as real as possible. Banks said the training will make sure all officers know how to respond during active shooter events, like the shooting at Pulse nightclub in 2016 and the Fiamma business in 2017.

“We shouldn’t have our police officers going into that environment and the first time they’re exposed to that is right there during the midst of it,” Banks said.

“It should be a goal in the state of Florida that every single one of our police officers, everyone, no matter the agency you work for, goes through a standard level of training and preparedness,” Banks said.