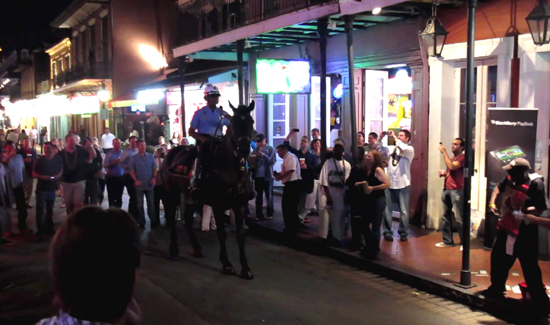 Their report, filed Thursday in U.S. District Court, was the latest black eye for a depleted department working to beef up manpower and reverse decades of scandal that included the fatal shootings of unarmed civilians after Hurricane Katrina in 2005.

The monitors stopped short of saying unfit officers are being trained and hired, but their report listed more than a dozen “risk factors” that popped up in recruit records.

Among them, the report found, were instances of unstable work histories, “deceptive use of mental illness to gain separation from an armed service,” and “patterns of deception” on voice-stress lie detector tests.

The report also decried a lack of documentation as to why some of the questionable recruits were approved for training.

“The existence of these and other risk indicators in the recruit files, without evidence of meaningful follow-up, suggests to us NOPD may be accepting candidates into the Academy who should not be NOPD officers,” it said.

Police chief Michael Harrison said the department is addressing problems outlined in the 28-page report. However, he also insisted that the department has been diligent in hiring qualified officers.