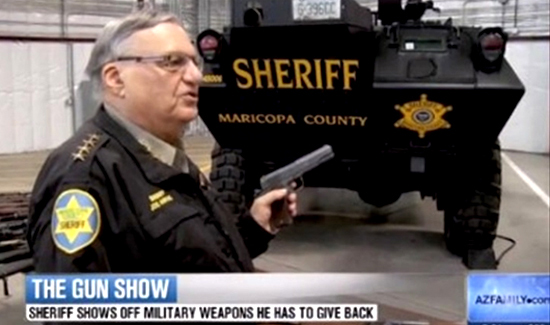 The proposed charges were requested at a hearing last week by Federal Judge Susan Bolton, who is overseeing Arpaio’s criminal case. Bolton must sign off on the charges.

Arpaio’s attorney has said the sheriff will plead not guilty. Unlike other criminal defendants, Arpaio will not be arrested or be required to personally enter a plea in court.

The charges carry a sentence of up to six months in jail. Legal experts have said that given Arpaio’s age—he’s 84—and lack of a criminal record, it’s unlikely he would serve any time if convicted.

The Justice Department filing comes as early voting begins in Arizona. Arpaio is running for a seventh term in office against Democrat Paul Penzone.