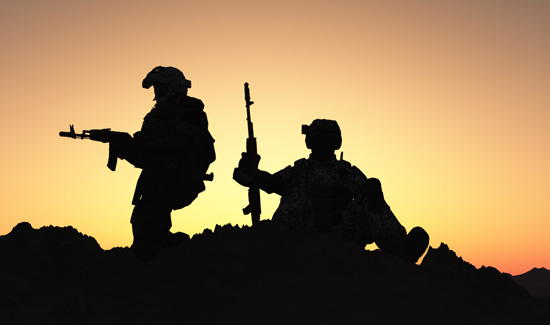 The men had a deadly plot to lure government forces into a trap, federal officials say, and were amassing a stockpile fit for war.

There were Kevlar helmets and body armor, pipe bombs and handmade grenades, large amounts of gunpowder and dozens of rounds of ammunition for a military-grade sniper rifle.

Federal officials say three North Carolina men — Walter Eugene Litteral, 50; Christopher James Barker, 41; and Christopher Todd Campbell, 30 — spent months compiling their cache, much of it purchased through a military surplus store owner who became so concerned about the plot that the person became the FBI’s informant.

The men were arrested Saturday and charged with conspiracy and amassing weaponry allegedly to combat what they believe is the government’s plan to impose martial law through (among other things) the multistate military exercise known as Jade Helm.