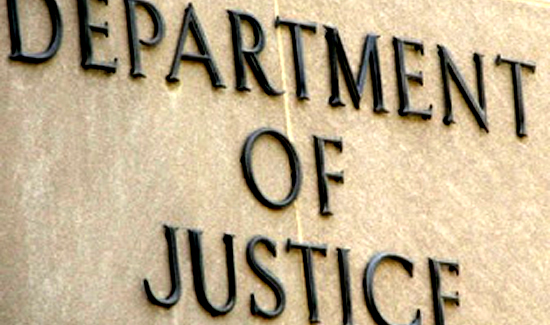 U.S. Department of Justice officials have put a freeze on the R.I. State Police’s ability to spend federal “equitable sharing funds” – like the so-called Google money awarded in a major settlement – while they conduct a review of whether the state agency followed proper protocols and procedures.

Peter Carr, a spokesperson for the DOJ, said in an email that the state police have been “placed on a ‘do not spend’ restriction, which means that they must not spend any equitable sharing funds until further notice from the Justice Department.”

“The department informed RISP that it will be conducting a compliance review of the agency,” Carr said in the email.

He would not say what sparked the money freeze and audit. The Providence Journal first reported the DOJ action.

A spokeswoman confirmed that Gainer’s bill is the only one pending that’s supposed to be paid with Google money.

The Target 12 report sparked controversy in part because state purchasing regulations require any contract above $5,000 to be put out for public bid, in an effort to attract competitive rates.

According to documents from the Department of Administration, state police officials asked to circumvent the requirement using a “non-competitive bid request” form on Feb. 22, five days after they had already announced Gainer’s hiring. The form was filled out on the same day Target 12 requested the purchasing documents from the state.

State Police spokesperson Laura Meade Kirk would not say Wednesday what sparked the new DOJ action, but said federal officials are looking back to practices beginning in 2013, before Col. Ann Assumpico took over as superintendent last year.

“The Single Audit Act requires any state agency that receives $750,000 or more of federal money to conduct an annual review of how that money is spent.