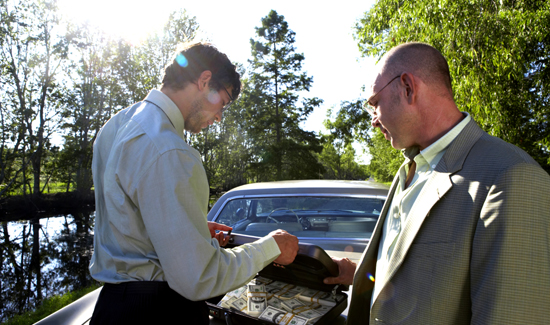 The U.S. Justice Department is now investigating accusations that millions of dollars were taken by officers in Bal Harbor, Florida, as they posed as money launderers and were able to collect millions from top echelon drug traffickers.

The money was allegedly spent largely on travel and luxury hotels without making a single arrest.

According to an article in the Miami Herald, the U.S. Attorney’s Office in Chicago and the Internal Revenue Service recently took hundreds of confidential files from the Tri-County Task Force.

Sources say the paperwork includes records that show that officers regularly withdrew large amounts of cash from the bank with no receipts to show where it went, according to people familiar with the investigation.

As police chief of Bal Harbour, Tom Hunker headed up the Tri-County Task Force, which laundered at least $71.5 million for drug cartels.

The Chicago office requested all the records of the laundering deals struck by the Bal Harbour cops with criminal groups across the country.

There were 84 such deals in Chicago alone.

The ongoing probe follows a Miami Herald series, “License to Launder,” that showed the task force officers from Bal Harbour and the Glades County Sheriff’s Office posed as money launderers as they went into a dozen cities to pick up drug cash in a sting operation.

The original idea was that the cops would pose as money launderers and thereby incriminate the high-level drug dealers.

But that never happened.

“This was a task force whose objective was to make money. The objective was not to make arrests. They were not even writing police reports,” Dennis Fitzgerald, lawyer and former Drug Enforcement Administration agent, told reporters.

Ultimately, members of the task forces kept at least $2.4 million for themselves for arranging the deals. The rest of the money was returned to the cartels.

No arrests were ever made.