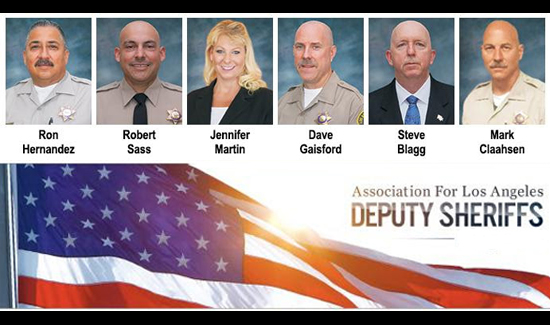 By ALADS Board of Directors

ALADS has always been in support of hiring the best candidates possible to be deputy sheriffs and district attorney investigators. We are proud to represent more than 7,900 deputies and district attorney investigators who reflect the racial diversity of Los Angeles County. The Sheriff’s Department’s diversity has contributed to the department’s success of ensuring the safety of residents and building trust in the communities it serves. Continuing this success is dependent on attracting candidates of every race, who are of the highest caliber, to become Los Angeles County deputy sheriffs.

In the waning days of the Obama administration a joint report has been released by the Department of Justice (DOJ) and the Equal Opportunity Employment Commission (EEOC), recommending hiring practices to increase racial diversity in police forces across the country. These hiring recommendations include ignoring criminal convictions, disregarding past drug use, and lowering standards on written, physical and psychological exams.

The authors of the report demonstrate the maxim that “those who cannot remember the past are condemned to repeat it.” Past efforts by law enforcement agencies to lower hiring standards in a manner suggested by the DOJ and EEOC have ended in disaster for those departments. We offer just three such efforts as an example.

The examples above demonstrate why hiring standards for law enforcement should not be relaxed. Hiring physically unfit, illiterate criminals with potential psychological problems in the name of diversity has proven to have disastrous results. The way to increase diversity is not to relax sound standards, but to make law enforcement a desired career. The opportunity for employment in a rewarding profession where you serve and protect others, with competitive pay and benefits, promotional opportunities and a secure retirement after a career of service as compensation, is the true path to attracting a diverse group of qualified candidates for the police force.

you should see how it works in the federal government. The policy is to hire, then cover up their crimes to avoid being accused of racism.