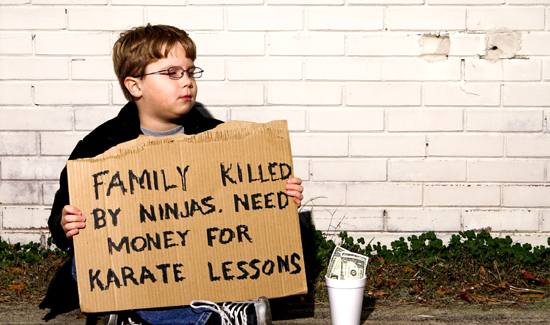 Maricopa County (AZ) Sheriff Joe Arpaio was facing contempt of court charges in legal proceedings when he decided to have a private dick look into the wife of the judge hearing the case.

That may turn out to have been a bad move.

Now the Department of Justice wants the paperwork involving Joe’s deal with the civilian detective.

What they’ll do with it is anyone’s guess.

In the meantime, Joe’s asking his supporters on Facebook and through direct mail for a bailout.

“In some instances I have to personally pay for attorneys to represent me in these cases. I do not have the personal wealth or the wherewithal to keep up with the costly demands of paying for attorneys to defend me,” Joe wrote in one of his more recent fundraising letters.

The only question is whether members of Joe’s “posse” will continue to back America’s “toughest sheriff,” considering he’s cost local taxpayers more than $40 million in legal payouts over everything from in-custody deaths to violating court orders.