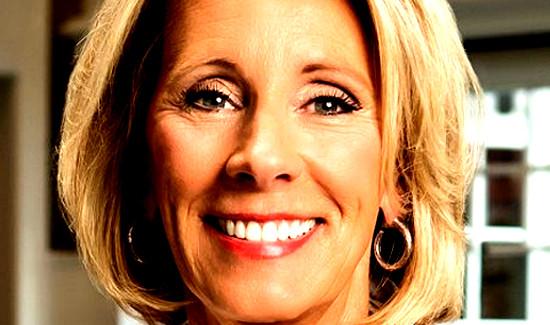 The current administration has promised to be a “great cheerleader” for police. But it looks like aside from pom-poms and jokey speeches, that’s all the support local law enforcement will be getting.

Public servants who’ve been told they’re eligible for a federal student loan forgiveness program have no guarantee that their debt will be wiped away, the Department of Education reiterated in a legal brief this week.

The brief, filed late Wednesday night, is part of a legal battle between four student loan borrowers, the American Bar Association and the government over the Public Service Loan Forgiveness Program (PSLF), an initiative that allows borrowers doing nonprofit or government work to have their federal student loans forgiven after at least 10 years of payments.

Teachers, social workers and others interested in taking advantage of PSLF often organize their entire financial lives and careers around the program. The only way for them to know whether they’re on track for forgiveness is to file a document known as an employment certification form, or ECF.

Borrowers file the ECF form with their servicer over the course of their 10 years of work to determine whether they’re on track for forgiveness. The plaintiffs allege that — after receiving forms indicating they qualified and were on track for forgiveness — the government improperly reversed course. In the brief filed Wednesday, lawyers for the Department write that the ECF forms were only an initial determination and that borrowers shouldn’t rely on the form as a guarantee their loans will be forgiven after 10 years of payments.

The Department’s attorneys argue in the brief that though it’s “unfortunate” that the borrowers relied on the initial determination they received in response to their ECF forms, it wasn’t a legally binding final determination from the agency. The Department didn’t immediately respond to comment beyond the brief.

“The Department itself created a program, the plaintiffs relied on it,” he said. “They followed the process. Years later, the Department just pulled the rug out from underneath them.”

Besides offering no support for your premise about “a poorly conc6and [sic] executed policy”, it’s simple: A promise was made. People relied on it. In the legal world, that’s called, “detrimental reliance”. In the non-trump world, it’s called ‘keeping promises you make”–compared to all of those promises trump made during his campaign, and is now welshing on.

Where in this article does it say that Law Enforcement was targeted? And to reiterate earlier comments, how is the current administration responsible for a program created and mismanaged during previous administrations? How about putting the blame where it belongs?