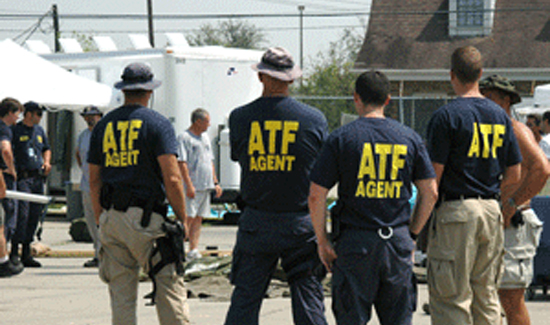 In a March 31 memo sent out by the Bureau of Alcohol, Tobacco, Firearms and Explosives, and obtained by the San Diego Union-Tribune newspaper, local sheriffs and police chiefs were warned of a growing trend in which officers are purchasing guns – in some cases guns meant only for law enforcement — and then reselling for a profit.

According to the Union-Tribune, the ATF discovered that some officers bought more than 100 firearms, some of which were recovered at crime scenes.

“The point of the memo was to educate police officers, we also do this with the public,” the ATF told CBS2 in a statement Friday.

“My officers are going to buy guns, and I understand that, but we have to be very careful that they don’t skirt the rules doing so, and that they don’t do it for profit,” Beck said.

The Los Angeles County Sheriff’s Department did not immediately respond to a request for comment.

The ATF would not confirm which agencies the officers who are being investigated belong to, or whether the officers are breaking federal law by acting as gun dealers without a license and lying on federal forms by not disclosing their plans to resell the weapons.

The ATF told CBS2 that charges related to illegal gun sales can carry prison sentences ranging from five to 10 years.

The source problem is that CA doesn’t sell extra firearms directly to the public.