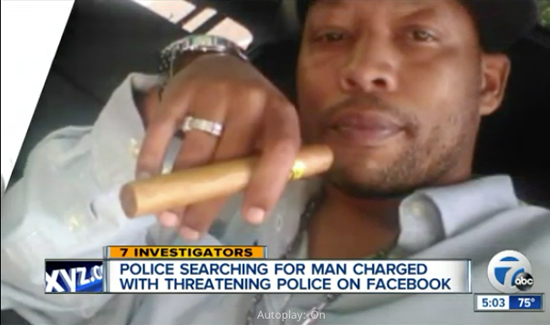 A Detroit man has been charged with felonies for making threats of violence against white police officers on Facebook. The message was posted shortly the day after shootings in Dallas where five officers were killed.

Littleton, 40, has been charged with making a terrorist threat and using a computer to commit a crime.

“Threatening the life of a police officer is a threat against our entire community. We take these threats very seriously,” said Chief Craig. “I’ve made a commitment to the men and women of the Detroit Police Department, I will not ignore those who threaten their safety. I refuse to let threats against officers go without a response.”

“A threat to law enforcement officers is a threat to us all,” said Attorney General Schuette. “The men and women who stand between mothers and children and those that want to do harm should be able to do their job without the fear of an unprovoked attack. This is a fight worth fighting, we cannot allow it to be open season on police.”

“Every day we put our lives on the line, defending those that can’t always defend themselves.” said Mark Diaz, Detroit Police Officers Association President. “The threats we face every day are real. And in this time of heightened emotion, we have to consider the threats made to law enforcement as real, credible threats.”