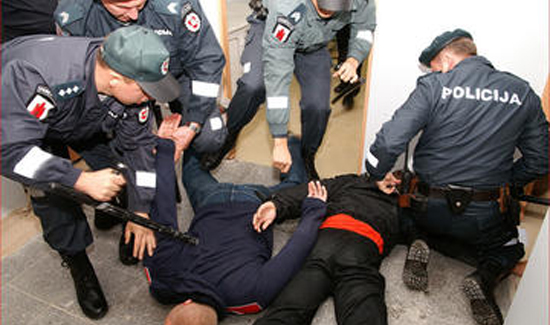 Outside of the U.S., the big news these days is not the athlete formerly known as Bruce, Caitlyn Jenner—it’s the FIFA scandal.

FIFA is the governing body of global soccer. The organization is responsible for deciding which country will host the World Cup and other billion-dollar deals.

There’s so much money involved in the world’s game—as soccer or futbol is known—it’s pretty much an open secret that corruption runs rampant.

But it wasn’t until the scandal about the preparations for the 2022 World Cup in Qatar broke that people really had a sense of how bad things were.

Now the FBI and the DOJ are going after FIFA in a major way. Sepp Blatter, FIFA’s former president, has resigned and will likely face a criminal trial.

But why would the FBI be the law enforcement body dealing with this?

Why wouldn’t this be handled by Interpol?

The answer might have something to do with the fact that FIFA gives Interpol a ton of money, which obviously raises questions about conflicts of interest and the importance of where law enforcement agencies get their operating money from.