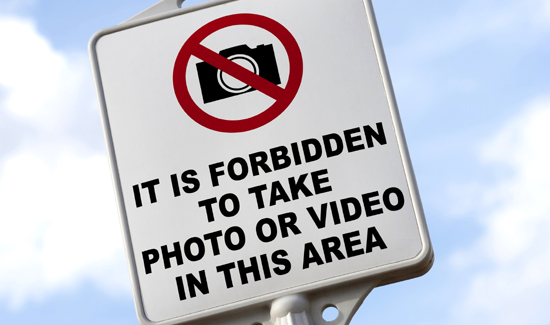 The courts are in general agreement that it is within the rights of U.S. citizens to record police officers in the course of their official duties, so long as they don’t interfere or endanger officers.

But that might change based on the entirely idiotic and dangerous behavior of some open-carry activists in Texas that have made a habit of antagonizing cops just trying to do their jobs.

Now, a bill restricting the rights of citizens to record the police has been filed in Texas House of Representatives.

The House Bill 2918, introduced by Texas Representative Jason Villalba (R-Dallas), would make private citizens photographing or recording the police within 25 feet of them a class B misdemeanor, and those who are armed would not be able to stand recording within 100 feet of an officer.

Based on the language of the bill, the only people that would be legally allowed to film or photograph cops would be credentialed reporters.

“(My bill) just asks filmers to stand back a little so as to not interfere with law enforcement,” said Villalba.

The bill has an uphill climb in terms of becoming law, as it is in opposition to established precedent: in 2011, an appeals court in Glik v. Cunniffe ruled unanimously that private citizens are allowed to videotape police.

Currently, that’s the law of the land.

If it applies to ALL citizens, including the press/media, I have no issues You cannot single someone out. Either they are ALL too close or none are.