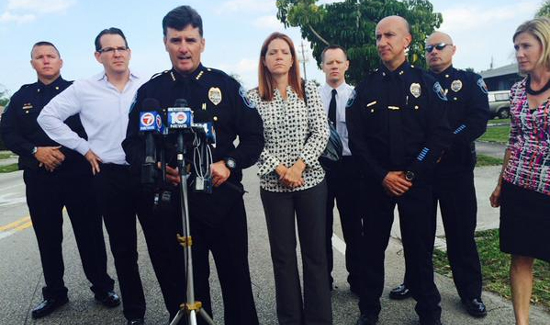 A law enforcement bulletin from Baltimore police went out to police across the nation warning of a massive plot among gang members to target police officers.

Some law enforcement officials have expressed skepticism about the credibility of the alleged plot, but others are taking it very seriously indeed.

Others say the idea that the Bloods and Crips have entered into a cop-killing alliance is kind of a stretch, but it’s always good to be prepared.

“So, should we worry the Crips and Bloods and other gangs will strike in South Florida,” a reporter recently asked Hollywood Police Chief Frank Fernandez?

“I am not,” Fernandez said. “I think we’ve done a great job in South Florida addressing most, if not all, of these issues.”

So, what about the possibility of rioting in South Florida similar to what we’ve seen recently in the Midwest and Baltimore?

“Anything can happen anywhere,” Fernandez continued. “But I don’t believe it’s going to happen in South Florida. All the agencies have come together to realize we have to have community policing at all times.”