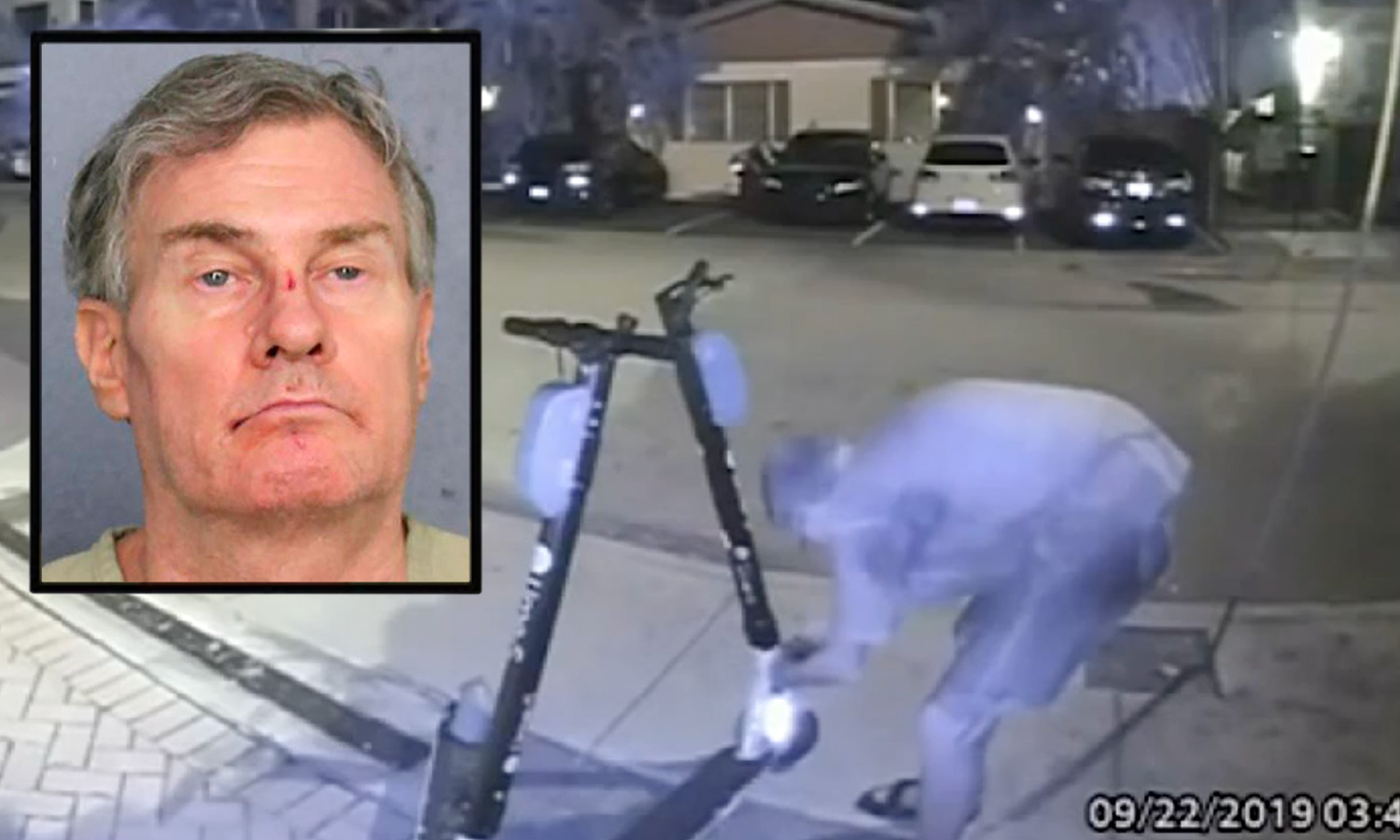 A Florida man was arrested Tuesday after police say he damaged more than 140 electric scooters belonging to the city of Fort Lauderdale over the past several months, resulting in thousands of dollars in damages.

Randall Thomas Williams, 59, was charged with third-degree criminal mischief after he was caught on video cutting the brake lines of electric scooters parked along a Fort Lauderdale street, police said in a news release.

In the video provided by the Fort Lauderdale Police Department, a man identified as Williams is seen in Ring footage approaching two scooters parked along a street.

The person in the footage can be seen taking some sort of object to the brake lines before checking to see if he successfully managed to cut the breaks. He walks away before turning around to finish the job.

Police said 20 scooters were found damaged in the area. The cost to repair them was estimated at $1,400, NBC News reported.

Williams was arrested over the weekend after an investigation led authorities to connect him to the vandalism over more than 140 scooters since April 2019. Police said most of the scooters damaged were found near the 1200 block of East Broward Boulevard.

Police contacted the scooter vendor and said the damaged devices were removed from the area. They have not released a motive yet.