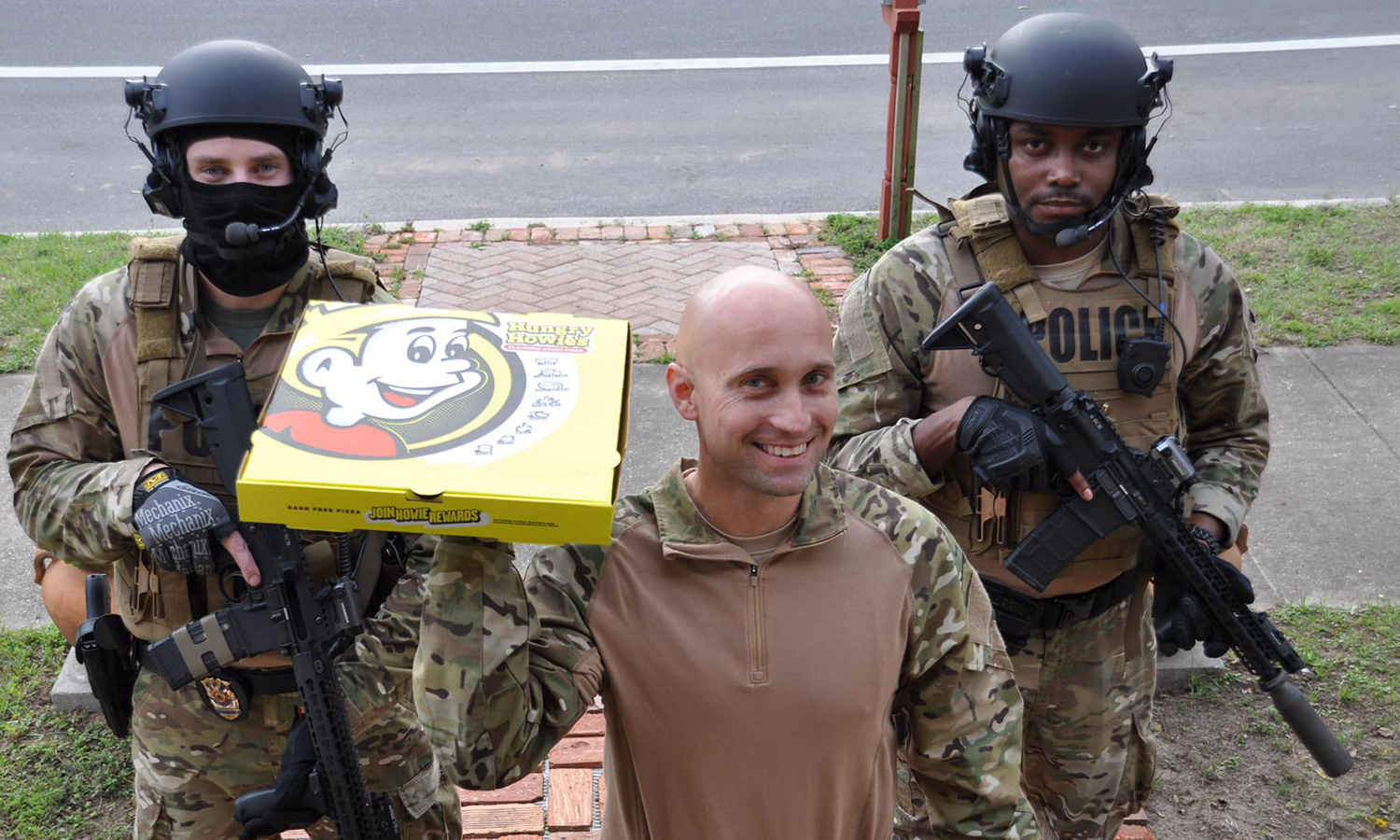 A Florida man accused of threatening his family by texting them Coldplay lyrics, and warning them of retribution from his “Nazi prison associates” was persuaded by police to end a standoff in return for a fresh slice of pizza, reports say.

Evan Charles McLemore, under the belief that SWAT team negotiators were ready to hand him one of America’s favorite foods, was taken into custody Tuesday following a 4-hour confrontation at a Pensacola home.

“Never underestimate the power of pizza with flavored crust,” the Pensacola Police Department wrote on Facebook, while adding officers “cannot comment on the rumors about pineapple being on said pizza – Operational Security and all that.”

It was not immediately clear if responding officers even gave McLemore a slice — but they did deliver him charges of resisting an officer without violence and aggravated stalking, according to the Pensacola News Journal.

The newspaper says the incident unfolded after police initially responded to a call about a possible battery and reportedly learned McLemore had barricaded himself inside a room at the home. The suspect, it added, had called out that “he had a gun to his head, and he was not going back to prison, no matter what it took.”

After numerous attempts to lure McLemore out of the room proved unsuccessful, SWAT was called in and they deployed the big guns: the promise of pizza.

Prior to his arrest, McLemore was wanted by police for aggravated stalking, the Pensacola News Journal reported, with his stepmother claiming in February that he held a knife to his grandmother’s throat and threatened to kill her.

An arrest report viewed by the Pensacola News Journal also said McLemore has previously threatened to harm people by telling them that his “Nazi” associates from prison would pay them a visit.

McLemore’s family eventually cut off communications with him — but not before he sent them one text with the Coldplay lyrics “Lights will guide you home and ignite your bones and I will try to fix you,” the report said. The lyrics, from the song “Fix You,” were meant by the band to be uplifting, though it’s unclear how McLemore may have meant them.

Police records say McLemore has served an 18-month prison term for battery on a person over the age of 65.

His bond has been set at $100,000 and he is due to appear in court in three weeks, jail records stated.