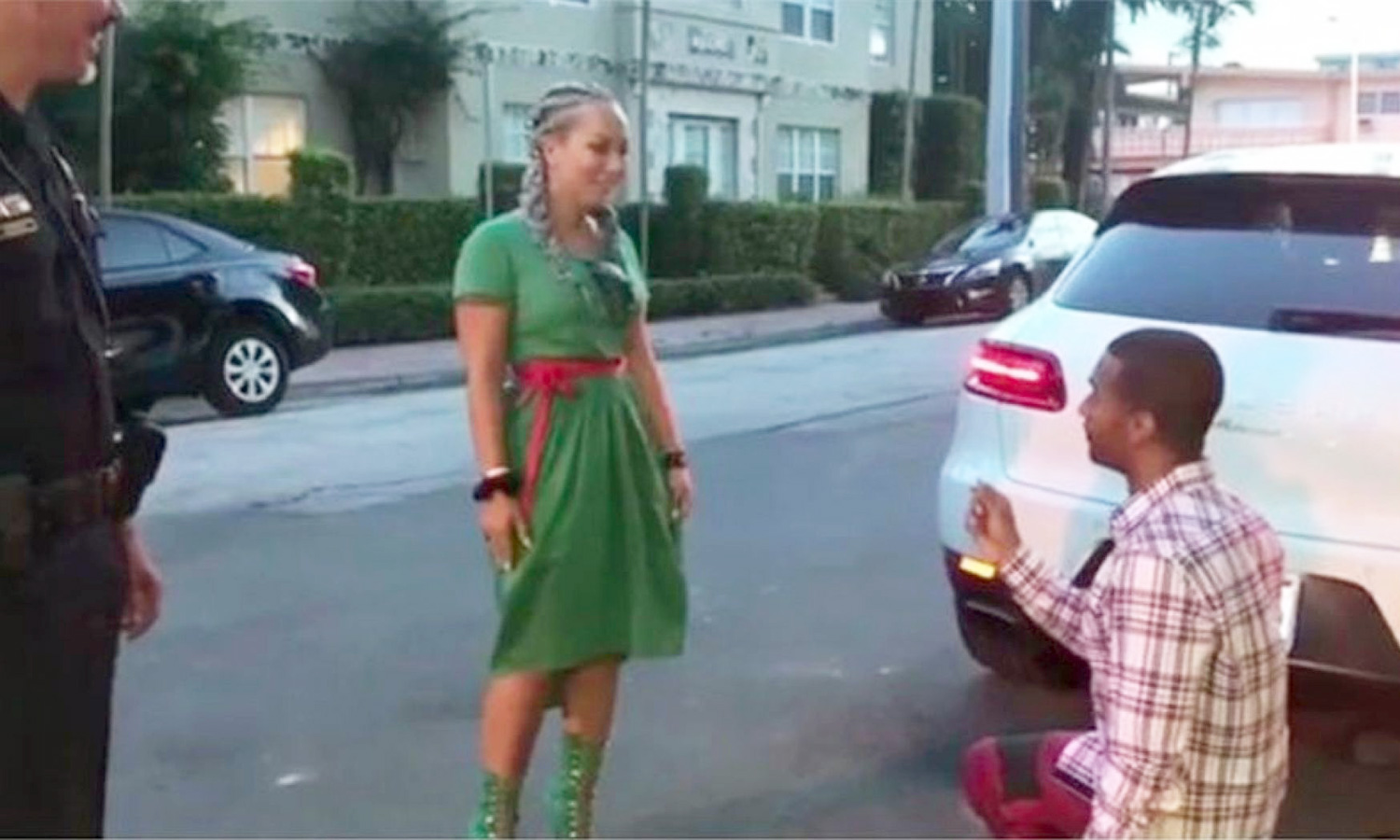 Two good-natured Miami Beach police officers played a pivotal role in helping a Florida man pop the question to his girlfriend in a video that has since gone viral online.

Meanwhile, Twitter users have voiced anxieties about the future of the engagement, given the woman’s confused reaction to the stunt.

On September 6, the Miami Beach Police Department shared a minute-long video of the sweet scene to Twitter, and it has since been viewed over 17,000 times.

“The proposal: Kenneth walked into MBPD this evening and asked Officer O’Neal if we could help him propose to his girlfriend. Officer O’Neal called Sergeant Motola who said absolutely!” the department wrote.

In the footage, the unnamed woman and Kenneth are driving along, when a police car with sirens pulls them over.

Both appearing perplexed as they stepping out of the vehicle, Officer O’Neal asks Kenneth, “Is there anything you’d like to say? You gotta say?”

Kenneth then immediately drops to one knee, whips out an engagement ring and tells his lady love, “I just want you to marry me.”

Totally surprised, the woman puts her hands over her face and looks around in apparent confusion.

“Oh my God, you’re crazy… In this situation… I don’t even know what to say,” she muses, laughing, and touches Officer O’Neal’s arm.

Placing the ring on her right ring finger, Kenneth gives Officer O’Neal a high five, and a hug.

Though the happy couple are certainly celebrating, Twitter commentators are worried, wondering why the man put the ring on the wrong finger and why the woman seemed confused.

“How long was she gonna make my man stay down? Jeez, show some enthusiasm,” one said.

“But he hugged the Cop, not his new Fiancée,” another wondered.

“Dude Get the ring back now!! She hemmed and hawed,” one chimed in.