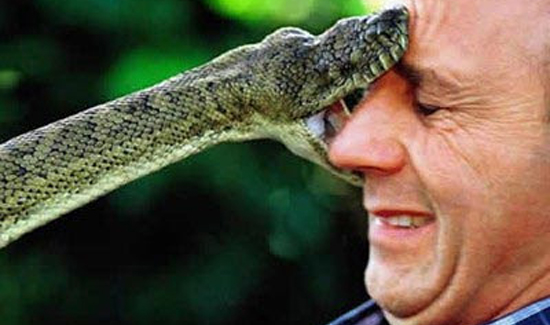 A Florida woman is under investigation after apparently posting a video on Facebook showing a red rat snake biting her 1-year-old daughter.

According to a charging affidavit, Chartelle Geanette St. Laurent, 34, said she grew up catching and interacting with snakes and other reptiles, CBS affiliate WTSP reports. She said that because she has seen poisonous snakes on her property before, she thought it would be a good idea to teach her child about it.

St. Laurent can be heard laughing while the child is crying, which she said was because she was surprised, according to the affidavit.