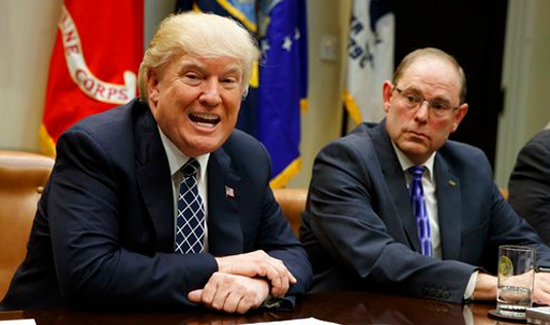 Leaders of the largest police union in the United States have warned President Donald Trump that he could endanger public safety if he follows through with cuts in federal grants to immigrant “sanctuary cities,” the union’s director told Reuters after a White House meeting.

In a move that concerned the Fraternal Order of Police, one of Trump’s biggest supporters in the 2016 election campaign, U.S. Attorney General Jeff Sessions said on Monday that the Justice Department would restrict grants to jurisdictions that do not cooperate with federal immigration authorities.

Sanctuary cities, such as San Francisco and New York, refuse to cooperate sometimes by not notifying Department of Homeland Security agents when illegal immigrants are being released from incarceration.

Dozens of local governments and cities have joined a “sanctuary” movement aimed at protecting immigrants. Trump has vowed to crack down on illegal immigration and in general, these cities offer safe harbor and often do not use municipal funds or resources to advance the enforcement of federal immigration laws.

Trump met on Tuesday with police union leaders. Sessions was at the meeting, too, along with Vice President Mike Pence, said Jim Pasco, executive director of the union.

The Justice Department plans to restrict sanctuary cities from using grants from the department’s Office of Justice Programs and Community Oriented Policing Services, both of which send grant money to local and state police departments.

Pasco said the union does not support the policies of sanctuary cities, but its executives are concerned that cuts in funding could hurt police departments in those areas.

Trump told the group that the policy on sanctuary cities was a work in progress and that he would work with the union to make sure public safety would not be affected, Pasco said.

Trump’s reassurances clashed with Sessions’ announcement, when he said, “The Department of Justice will require jurisdictions seeking or applying for department grants to certify compliance” with federal immigration law “as a condition for receiving these awards.”

I would expect police to uphold the laws regarding enforcement of illegal aliens rather than try to get around them.