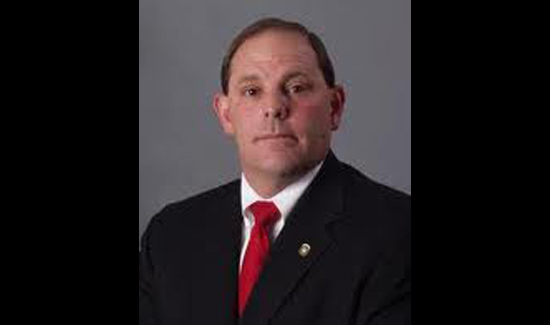 Recently I sat down with Lydia DePillis, a reporter with The Washington Post and answered some of her questions about the protests after the two grand jury rulings on the Michael Brown and Eric Garner deaths.

I told her I did not think complaints have increased in law enforcement. You have two high-profile cases right now in the media, but police in this country make millions of contacts a year. There are going to be situations where officers are accused of wrongdoing, but I think overall a tremendous professionalism has developed. The thing about a grand jury process is they hear more evidence than people hear at a trial. So grand jury proceedings, contrary to popular belief, are a stalwart in our judicial system and very successful.

Concerning Lydia’s questions about race and profiling, I told her that law enforcement has probably had this conversation long before the country has had it. The FOP’s been on record over the last 15 years denouncing racial profiling. It’s not a legitimate police practice; it’s not taught in any police academy in the country. That doesn’t mean there aren’t officers who have racial bias. But any cop who demonstrates any form of racial bias should be removed from the job, and we support that.

The bottom line is that we don’t believe these situations arise because race. We believe it’s an issue of poverty. Communities who distrust of law enforcement — it’s because law enforcement is the only part of government they ever see. They’re poor; infant mortality rates are higher; single-family homes are higher; unemployment is higher; people don’t live as long as the average American.

Race is an issue that should have open discussion, but the bottom line is, when you have depressed communities, it leads to higher crime which leads to more police, which leads to the only part of government they ever see. Law enforcement’s is even called in on child custody cases. In most states, social workers can’t take a child away – police are required to do that. Even when it’s not a criminal matter, police are usually the people who have to enforce it.

There is a criminal element that distrusts law enforcement and rightfully so – after all it’s our guys’ jobs to try to catch them. And in economically depressed areas, there’s lot of crime, and there’s a lot of call for law enforcement. And politicians and police management, going all the way back to the first broken windows community-oriented policing scenario, have sent police in to saturate high crime areas in their attempt to reduce crime rates.

The reality is this – you’ve got a young male that’s unemployed, can’t find a job, has no transportation to a job. He hangs around his neighborhood and watches the kid on the corner making $5000 a week selling dope and he feels hopeless. I don’t think law enforcement is the answer to those situations.

There’s thousands and thousands of stories every year of police officers going out on their own and doing things for people in those poor neighborhoods. So I don’t agree that there’s a systemic racial bias in law enforcement. There’s hardly a police officer on the street now that was alive in the civil rights movement. It’s 20-somethings and 30-somethings out there doing police work and they weren’t raised in segregated communities, so I think the racial bias we saw in the ’60s that was there in law enforcement is long gone.

Concerning the Cleveland shooting of a 12-year-old with an Airsoft gun, I told Lydia, obviously it’s not a real weapon, but our officers can’t tell that. Those Airsoft pistols look just as real as anything else if you take the orange off the tip. And there’s no real way to tell until you have a chance to examine it. This kind of incident is a terribel tragedy for the officers who felt forced to take that kind of action and they have to live with that decision for the rest of their lives. But when the weapon looks real, they’re trained to react, and rightfully so. There’s nothing in American jurisprudence that says police officers are supposed to get assaulted or killed.

Concerning Eric Garner the lesson here is even if you’re confronted by a law enforcement officer and you believe the officer’s wrong, resisting arrest is not the right answer. The right answer is to comply and use the system to file a complaint later. But resisting arrest can only lead to the officer using force to subdue you. You don’t use equal force — you use more force, because equal force doesn’t get you anywhere. If there’s an issue, there’s a lot of things in place to address that after the fact. Resisting arrest seems to be the case when people get hurt. If Eric Garner had complied, we wouldn’t even be talking about it. Nobody would’ve cared that he was arrested for selling illegally untaxed cigarettes.

A few years ago, in Charlotte, North Carolina, officers busted a ring that was sending money to al Qaeda, and they were doing it through illegal cigarette sales. So there is a nexus. Street-level selling loosies probably doesn’t lead to that, but it still was a crime that he was going to be arrested for. And he knew that. He’d been arrested before.

Chuck Canterbury is the national president of the Fraternal Order of Police.

Well said, sir.
This piece should go up in every break room in cop land. Parents should read it to their kids and explain any questions. People can’t control their race…they can fix their poverty.

Next issue is how police records are used. They should not be a lifelong bar to employments (of some kind.) Ending racially motivated police contact & arrest would go far in this area.

I completely understand how these issues arise in poor communities. I am aware that not all cops are bad cops. The problem I have and I think many angry Americans have, is a lack of accountability. To blame Eric Garners death on him resisting arrest sounds pretty unsympathetic. From the video we all saw, Eric Garner was held down by multiple people. We heard him saying he couldn’t breathe and watched in horror as the cops let all the life leave him before any medical assistance was provided. To defend the actions of the officers involved shows that this will happen again. The language you use to explain why a child in Cleveland was shot for holding a TOY also suggests that this will happen again. Kids are going to play with toys. The cops need to have a better response. BETTER training. The first reaction cant be to shoot and strangle and kill. Defending the actions of these officers widens the divide between poor communities and police officers. I am white. I am poor. and I am afraid of the NYPD. I am afraid for my black classmates who are college age and are considered suspicious if they are seen running or wearing a hood at night. I am afraid for my future children, that I will have to explain to them why police officers think its ok to kill unarmed civillians. Cops should be safe. So should black people. If you are seriously telling me that in all these cases, in Ferguson, in Cleveland, in NYC, if you are seriously saying that the officers involved in these instances followed police protocal than there is a HUGE issue with protocall. People cant control their poverty. These are teenagers getting killed! You describe them as hopeless so clearly you understand the cycle of poverty. Police could do more to improve these relations. Blaming it on the poor is disgusting.

There’s an incredible amount of accountability but parts of the public don’t want to hear that because they want someone else to blame for their own problems. 99%+ of peace officers have incredible training, experience, and desire to do the right thing. In most of the corporate misinfotainment on TV, the peace officers did the right thing. It’s time that people started getting their own lives in order instead of demanding someone else do it for them. Peace officers are not social workers or mental health workers though they get shoved into that position far to often.

Is there any data on how many officers grew up poor? There’s quite a bit of data for veterans, but I’d be curious to see how childhood demographics affect whether officers grew up in black, white, or diverse neighborhoods, and how that would impact attitudes toward the poor, or the assumption that poverty = criminality.