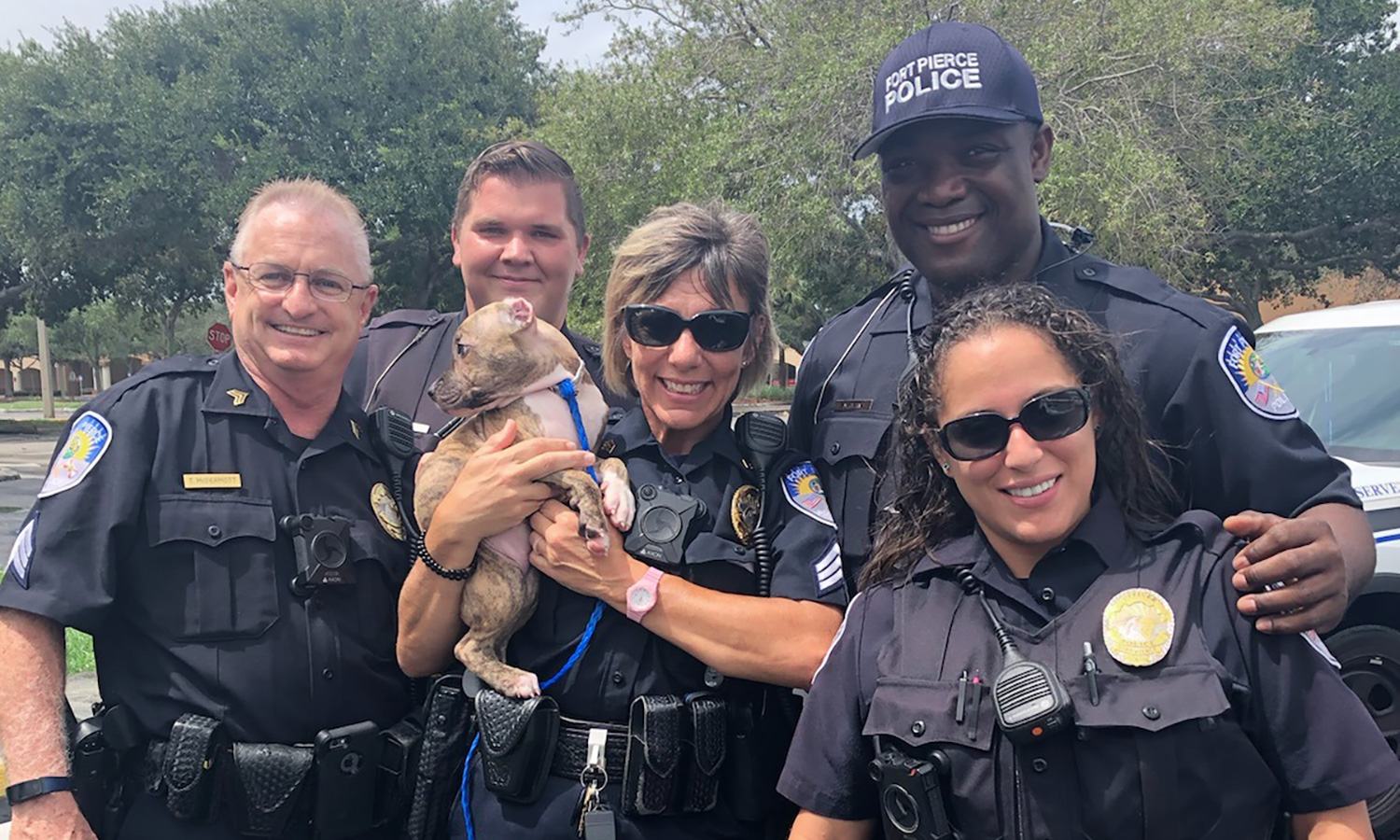 Officer Martin Ortiz and Officer Michel Jean, while on duty awaiting the arrival of hurricane Dorian, responded to call involving a local resident, who reported she was unable to care for a puppy.

The puppy, a Brindle Pittie, was only six weeks old and was too young to be left in a shelter cage until the storm passed. Officer Jean took an immediate liking to the pup, called his wife and showed her and the rest of the family the puppy via FaceTime.

Officer Jean’s family, especially his son, immediately feel in love with the cute four-legged puppy and decided that she would be the newest addition to their home. After a little nudging from some of the other officers and the influence of the impending storm, it was decided the little puppy will be known as Dory, short for Dorian. ONE…TWO…THREE…AWWW!