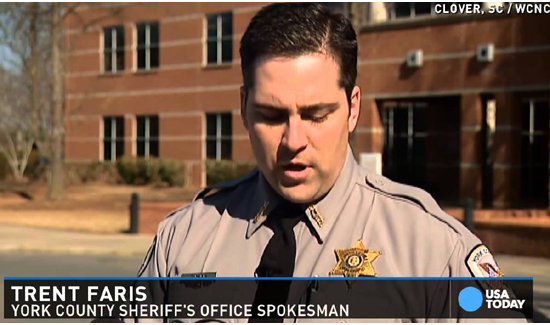 In South Carolina, four officers were shot after responding to a report of a domestic disturbance.

From FOX News: “Authorities were responding to a domestic call just after 10 p.m. Monday in York, about 25 miles southwest of Charlotte, but the suspect had already fled the scene on foot when they arrived, Faris said at a Tuesday news conference.”

Apparently the suspect was hiding in some nearby woods and fired on officers as they approached him.

The suspect was wounded in the shootout and subsequently arrested. “The sheriff’s office can really use your prayers and your thoughts,” York County Sheriff’s spokesman Trent Faris said about the wounded officers.