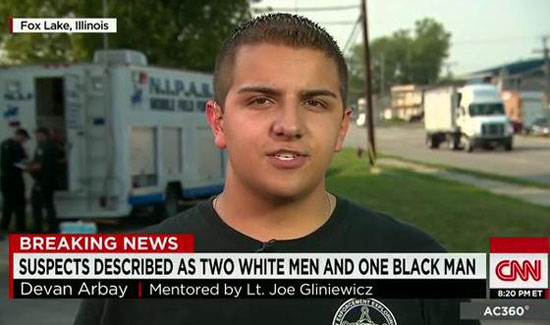 FOX LAKE, Ill. – Fox Lake continues to be the center of a massive manhunt for suspects wanted in the fatal shooting of a police officer.

Law enforcement continued to work into the night Tuesday, nearly 12 hours after the search first started.

Officials are using buses to get heavily-armed police to various spots around the perimeter they’ve set up around Fox Lake.

The U.S. Marshalls service, the ATF, police departments from all over the state and the FBI are working together to track down the 52-year-old Lt. Charles Joseph Gliniewicz’s suspected killers.

Tuesday’s heat and humidity took its tool on searchers.

Team members were treated at an animal hospital near the main staging area, which was turned into a cooling center for officers who just want to get back into the hunt.

Lt. Gliniewicz was a seasoned, veteran officer who was loved by everyone who knew him