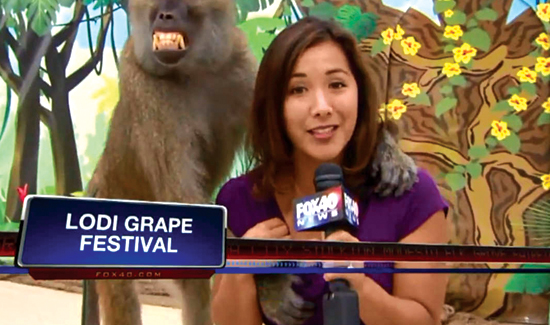 A reporter for a FOX affiliate in California has been charged in a complicated shoplifting operation.

“I am heartbroken to say I have decided to resign my position at FOX 40,” Rodriguez wrote on her Facebook fan page. “Given the recent media attention, I feel it was the best decision to make.”

Rodriguez said in the note that it was “not an easy decision” to resign, but that it will allow her to “work to establish her good name.”

Rodriguez was arrested after employees at a Coach store claimed to authorities they recognized her as the woman who stole thousands of dollars in merchandise in March 2013.

Rodriguez and her fiancé, Nicholas Gray, were running an elaborate underground business selling the stolen merchandise, as revealed in text messages on Rodriguez’s phone, according to police reports.

It’s unclear if there are higher rates of criminality among members of the media versus the general population.

What is clear is that if you’re a “gotcha” journalist that’s used to making other people’s lives miserable for a living, karma can be a real bitch.